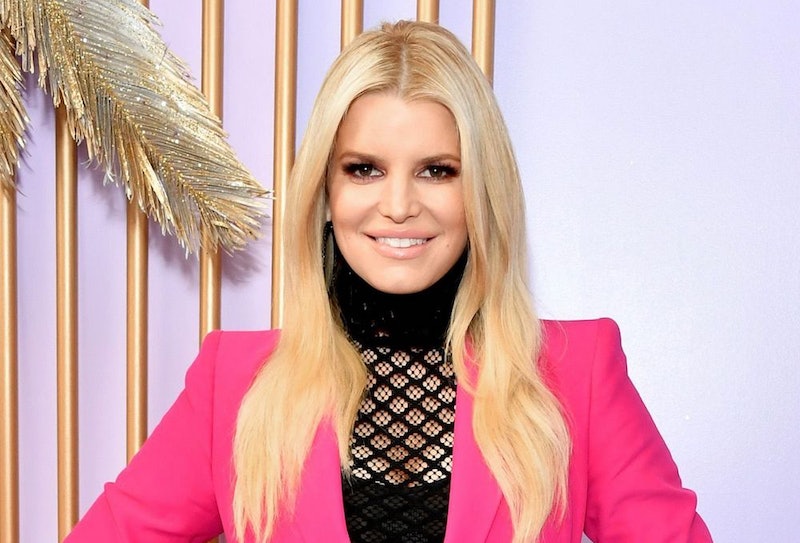 Following the success of her autobiography, Open Book, Jessica Simpson revealed that she has dyslexia. Apple Books recently hailed the singer's New York Times best-selling memoir as one of the best audiobooks of the year — and Simpson celebrated the accolade in a reflective Instagram post on Wednesday, Dec. 2. In the caption, she revealed that her experience with the learning disorder, which impacts a person's ability to read, is what inspired her to turn the memoir into an audiobook.

"OPEN BOOK, thank you for the therapy," Simpson wrote alongside a screenshot of her memoir on the Apple Books chart. "@applebooks, thank you for recognizing and respecting my story. Turning my fears into wisdom has been a soulful journey to say the least." And after thanking Apple for the praise and revealing that she has dyslexia, she explained why the audiobook was so monumental for her. "This was the first time I have ever read out loud without hesitation," she continued. "I did it for the listener. I did it for my family. I did it for myself."

Simpson released Open Book — a candid reflection on her expansive career, drug addiction, past relationships, sexual abuse, and more — in February. A collaboration with ghostwriter Kevin Carr O'Leary, the memoir has been praised by critics and readers alike.

In a January interview with People, Simpson said she was initially approached to pen a motivational book about "living your best life." However, she declined the offer on the basis of authenticity. "I didn't feel comfortable talking about myself in a way that wasn't honest," she told the magazine. "I'm a horrible liar." Instead, the singer penned an autobiography that chronicled some of the darker periods of her life, like when she hit rock bottom at a 2017 Halloween party amid struggles with alcohol and drug use.

She began her memoir a few weeks into her sobriety in late 2017. "I didn’t realize all the stuff I had to say until I was actually connected to it through music and writing," Simpson told People, adding that she had to let herself go through a "deep emotional journey" and come out the other side. "I've used my pain and turned it into something that can be beautiful and hopefully inspiring to people."