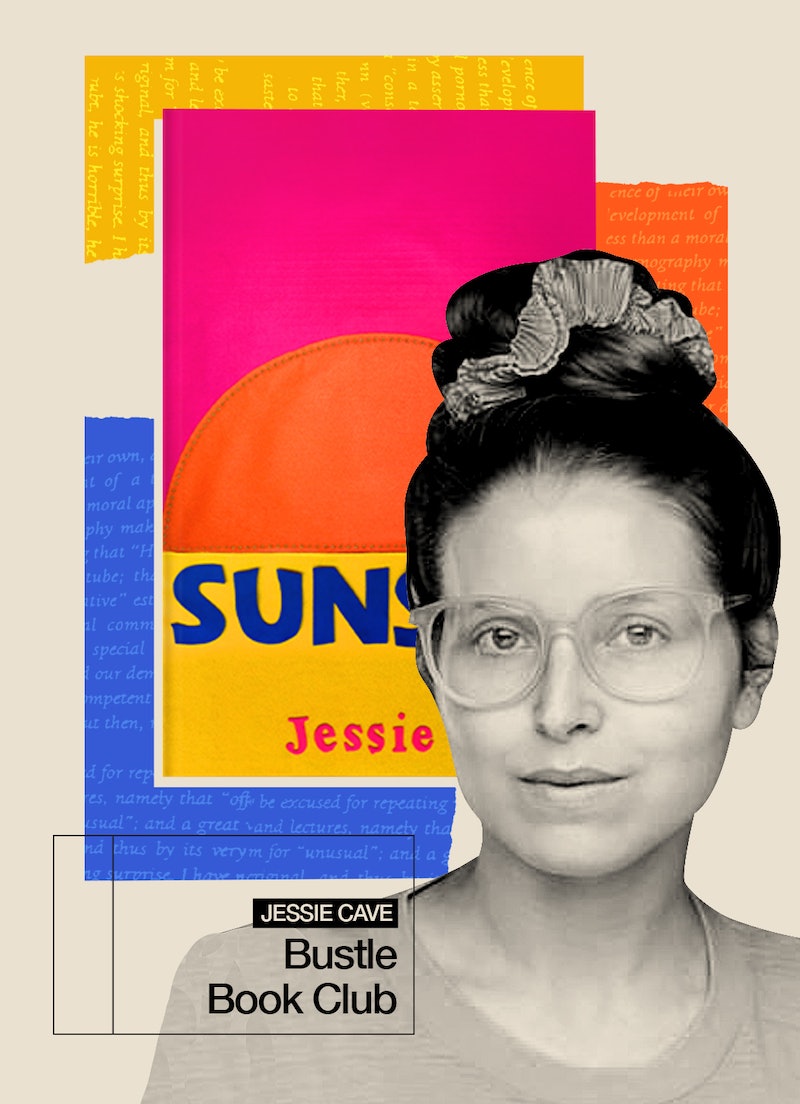 How do you cope when a sibling ceases to exist in your life? Jessie Cave’s world turned upside down in 2019 when her brother, Benjamin Haddon-Cave, was tragically killed in a train accident. “So much of my life at that point was a blur,” the Harry Potter actor recalls.

Hoping to find some solace, Cave turned to non-fiction manuals on grief — only to find that “there wasn’t very much around me that was calling to me, and felt fitting for the type of trauma I was going through.” So, she wrote her own: Sunset. The novel, Cave’s fiction debut, is about two sisters who share a deeply profound bond, and what happens after a freak accident kills one of them. How does the other go on surviving in the turbulent aftermath of grief?

“I didn’t set out to write about the accident, but now that I look back, it was a form of therapy and catharsis,” the 34-year-old says. “I’m really glad now that I have an accurate portrayal of what it was like.”

Sunset is heart-wrenching in the way it portrays the volatility of life after a rupture as devastating as a sibling’s death. It’s therefore quite the departure from Cave’s other work, which has been primarily comedic. Gaining recognition for her role as Harry Potter’s Lavender Brown (the clingy and frivolous girlfriend of Ron Weasley), Cave went on to play numerous TV roles, before hitting the jackpot at the Edinburgh Fringe – where she is most known for Bookworm, I Loved Her, and Sunrise. She has also published a book of illustrations, titled Love Sick.

Cave says that while her previous work was inspired by lived events – “very quickly writing stuff down when something happens” – Sunset was quite different. The result of a long and arduous two years of writing, bar the emotional contours of her grief, it actually has few parallels to Cave’s real life.

As such, fiction offered her some creative reprieve. “I’ve always been a stickler for honesty and wanting to quote people verbatim. This time, I could be free with it, and that was amazing. It was much harder, but a lot more fulfilling in a way,” she explains.

“At the time, I didn’t know I was really writing about grief. In fact, I pitched it as a romantic comedy,” Cave says. However, she says she now hopes that it will bring solace to readers. “Especially because sibling loss is really particular, my mission is to try and help other people who have experienced this kind of trauma.”

Cave is currently working on her next novel. While she can’t say what it’s about, she reveals that the idea has been in hibernation for 15 years now. “It’s something I’ve always wanted to do, but have been too scared to,” she says. “I’m finally going to push myself to do it, and I’m looking forward to seeing what else comes out of me.”

Below, Cave speaks to Bustle about her creative hustle, Harry Potter throwbacks, and taking it slow.

On surviving the creative industries:

Somebody, an actress, said it so brilliantly to me years ago: “If you just hang on in there, eventually, someone will drop out, and you'll get the emergency call.” Even if you get rejected, to survive you just have to keep going.

The most crucial part with creative things is to be brave and keep putting yourself out there — it’s terrifying to show someone your first draft, but find someone that you trust with your most disgusting work. I think that if you're brave enough to show someone the first draft, you're brave enough to do it as a job. All you need is a tiny sliver of encouragement every so often.

On what she would say to her teenage self:

I would tell her to slow down. Don't worry about having sex, or going to the coolest parties, or being the thinnest, or wearing the coolest outfit – don't worry about it. Take your time. You think people have got it all, that they are getting all the opportunities, and they're flying by. But it all evens out in the end, you're going to find the right path for you. Even if it takes a little bit longer, even if the journey is bumpier or weirder.

On being cast in Harry Potter:

It reminds me of such a beautiful period of time in my life. When my family found out I got the job, it was like winning the lottery for us. Over 7,500 girls auditioned, and I got it. It was a massive win. Especially because I had younger siblings, I’m so glad I got to share that with them.

Also, my son is almost seven now, and he's watched all the films twice, while my daughter is just getting into them. Being a parent has made me appreciate it much more. It was 14 years ago, and I’ve accepted that whatever I do, it will be the first thing that people bring up. I'm so privileged to have been part of that world.

On her best Harry Potter memory:

My prevailing memory is spending a large proportion of time sitting in a trailer and drawing. I had just dropped out of art school when I got the part, and I was using the time in the trailer to draw more. I would stick up the drawings on the trailer wall, and make it look like a weird little caravan that I was living in.

It set me off on a good start in my career because I realised, “Okay, it's not all it's cracked up to be, you might be in a Hollywood film right now, but you're also in an old box on your own.”

More like this
Rupert Grint Just Shared A *Major* Update About Ron Weasley’s Future
By El Hunt
Everything To Know About The 'Daisy Jones & The Six' TV Series
By Maxine Harrison and Brad Witter
Your Guide To Watching 'Everything Everywhere All At Once' In The UK
By El Hunt and Sophie McEvoy
Stephen Graham & Steve McQueen Are Working On A Wartime Drama
By Darshita Goyal
Get The Very Best Of Bustle/UK
Sign up for Bustle UK's twice-weekly newsletter, featuring the latest must-watch TV, moving personal stories, and expert advice on the hottest viral buys.