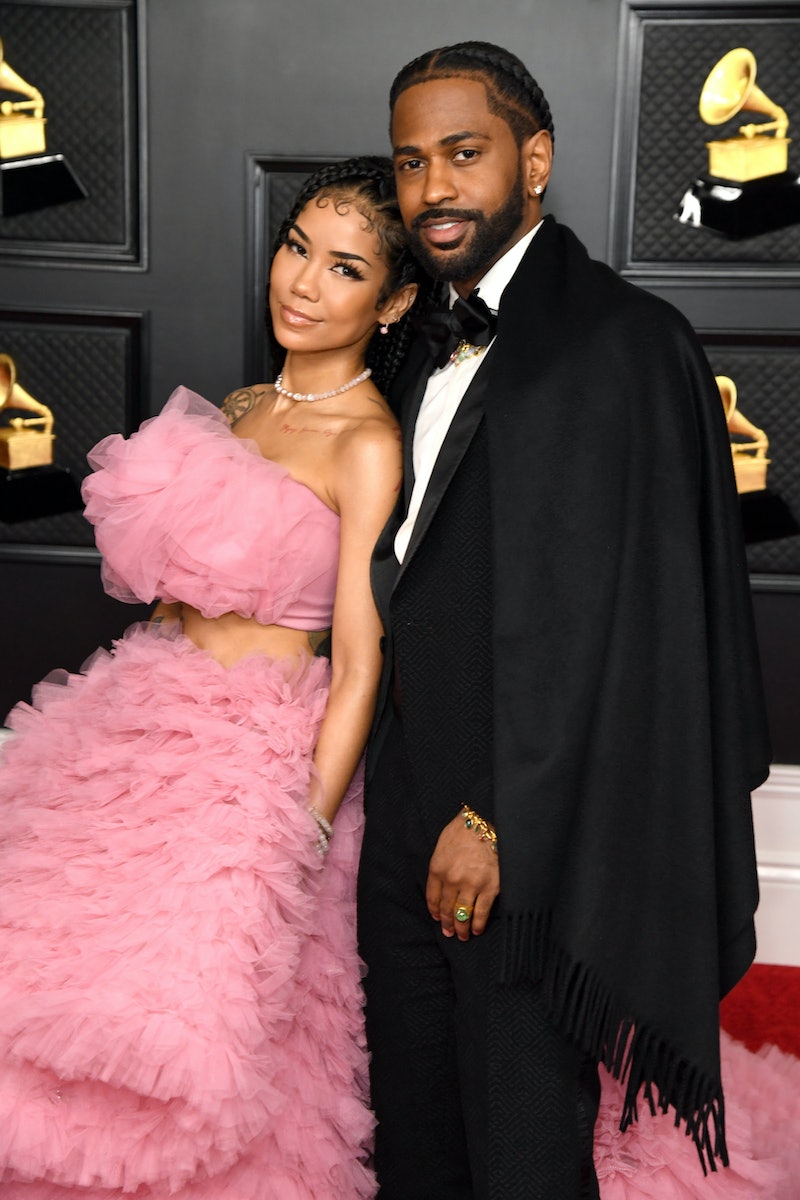 A week-and-a-half after their newborn son’s birth, Jhené Aiko and Big Sean decided to introduce their baby boy to the world. The two wrote short and sweet Instagram posts about their little one, Noah Hasani, and each shared several photos from their many hours in the hospital together. It took a long labor, but Noah finally showed up, making Big Sean (real name: Sean Anderson) a first-time dad and Aiko a mother of two (her daughter, Namiko, was born in 2008).

First listing his birthdate and name (plus sparkles and blue heart emojis), Aiko got into the details of how Noah arrived. “[A]fter 24 hours of labor, a total lunar eclipse, and while it was pouring rain… he came,” she wrote, adding, “my baby Yoda, my Sani.”

Big Sean also divulged some of Noah’s birth story in his post. “After 24 hours of Labor, A Lunar Eclipse, with rain from the beginning of labor til he was born, he’s here safe and sound,” he wrote. “Happy, Healthy and everything we could ever ask for and more. Any and everything for you Son.” He concluded with his own blue heart emojis, plus Noah’s name and birthdate.

Their photo carousels showed what a long, emotional night it was for them. There are photos of them looking happy and excited, absolutely drained, with loved ones, and finally, holding Noah. Neither parent revealed his face, but there are sweet images of Noah’s little hand grasping his dad’s and each of them snuggling with him.

Aiko and Big Sean weren’t the only ones bursting with affection for Noah. Their photos showed some of their loved ones surrounding them in the hospital, and their friends and fans extended that support online. “Congratulations!!!!” John Legend commented on both posts, while 2 Chainz, Ty Dolla Sign, and DJ Khaled all added their “congrats” on Big Sean’s. Ella Mai did the same on Aiko’s, adding “water baby, water mummy,” and Tracy Oliver wrote, “Beautiful Scorpio baby!!! Congrats, so happy for you, Jhene!! You deserve all the [love].”

It’s been a long road to their first child together for Aiko and Big Sean. They first met a decade ago at producer No I.D.’s Los Angeles studio, they told Flaunt in 2016 and collaborated on Big Sean’s “Beware” and “I’m Gonna Be.” At the time, “he was showing interest,” Aiko told Billboard in September 2017, but she had a boyfriend; by the time she was single, he had a girlfriend. It wasn’t until 2016 — the year they released their album Twenty88 — that their timing finally came together. At that point, they had been friends for years and “actually loved each other as people,” she said.

Still, becoming a couple wasn’t an immediate “happily ever after.” The two quietly split around 2018 and moved back to being friends before rumors surfaced that they were back together in November 2019. By 2020, they were openly together again, but sadly they also may have faced a loss. Sean’s 2020 song “Deep Reverence” seems to reveal they had a miscarriage when he sings “Should be a billionaire based on the time off I’m not taking / Probably why this sh*t with me get crazy and we lost a baby,” as the Source reported at the time.

After everything they’ve been through, Noah’s arrival must be that much more special.