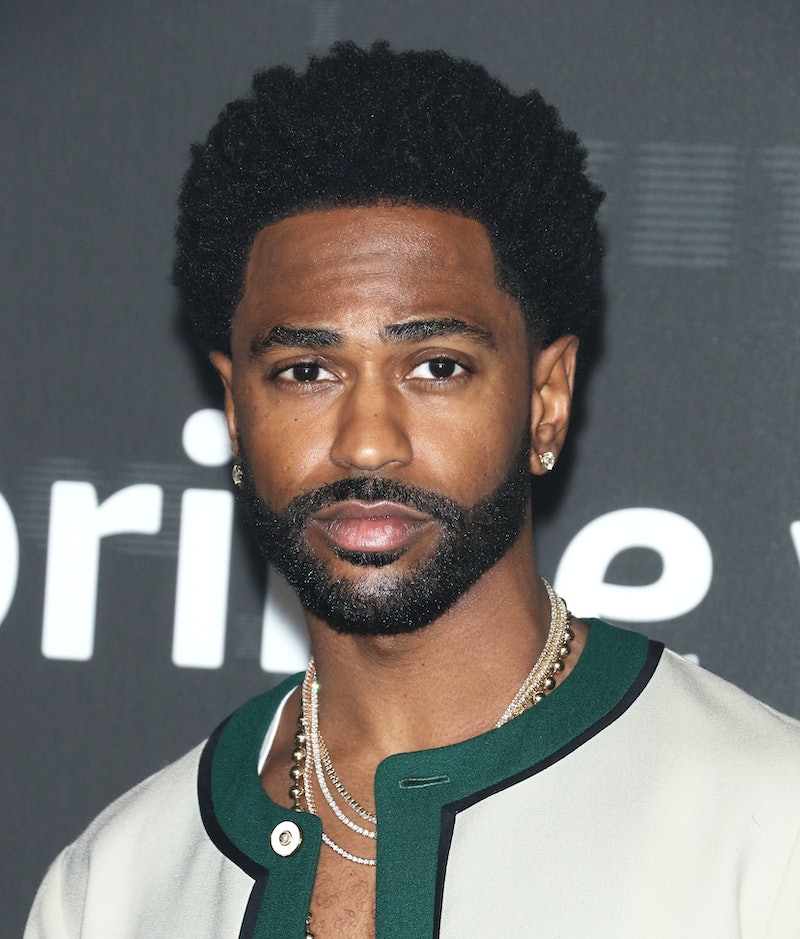 Considering how public he's been with his relationships in the past, it seems unlikely that Big Sean is dating anyone in 2019. Well that, and the fact that he recently released a song called "Single Again." The title doesn't exactly leave any room for interpretation.

Whatever Sean's current relationship status, though, one thing is for sure: he's a very amicable ex. In February, People reported that he his ex Ariana Grande were spotted at a Los Angeles recording studio. The pair — who broke up in 2015 after roughly nine months of dating — collaborated on a number of songs during their relationship, and Sean even earned a shoutout on Grande's hit 2018 single "Thank U, Next." Perhaps they're working on music together once again — after all, Sean also recently teamed wit his ex Jhené Aiko, who kind of ironically appears on "Single Again."

After dating on and off for several years, Sean and Aiko reportedly split in late 2018 — something Aiko confirmed in a March Instagram comment. "Me and Sean are good. I got tons of love for him," she wrote to a fan who implied her new music would focus on Sean and Grande's reunion. "I know you all love the drama and would like to think everything I do is about him, but I've been through plenty of other things and situations that I pull inspiration from when I sit down and create a song."

Aiko has continued to support Sean on social media since then, even sharing a photo of them hanging out at the beach together in May. And Sean has returned the love.

In response to Aiko, who shared a link to their "Single Again," collab, he tweeted, "I appreciate you supporting me on this one and I want to just say I love you unconditionally. You amazing, talented, every song we do special to me! People gon say whatever but it is what it is. I could have txt u this I know but I want people to know I appreciate you."

But don't think that means a rekindling is in the future: it seems like Sean is focused on self-love right now. "I never knew that I didn't know how to be alone in life. I always would find so much joy n happiness in a relationship or being with friends, but I didn't know how important it was to be in a relationship with yourself," he tweeted in July.

A day later, BET reported that Sean tweeted and deleted, "In this hot girl summer I'm just tryna find a wife." When a Twitter user responded, "This man out here acting like he didn't have Jhene and fumbled the bag," Sean clarified, "She's amazing! I didn't fumble anything but I can see from how things can look from the outside looking in. It's all love though, that's what you don't understand."

With all that in mind, it definitely seems like Sean is single right now and just happens to be on really good terms with his exes. But props to them for being able to maintain a friendship.