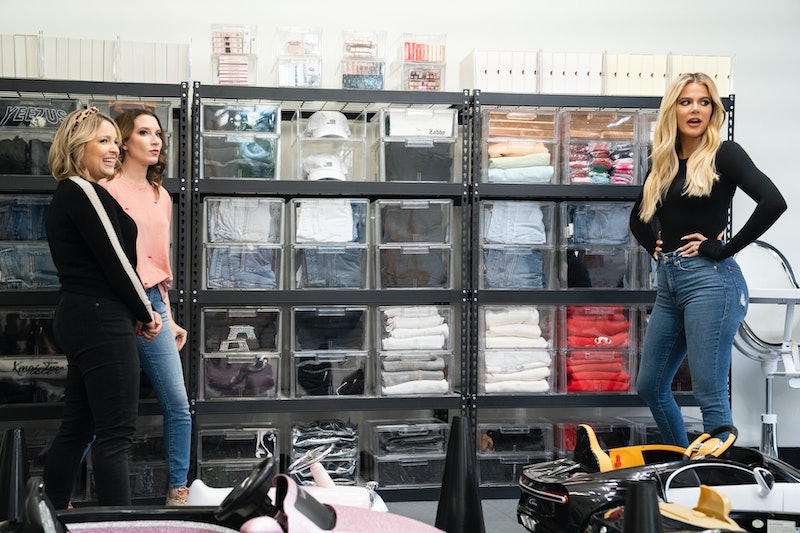 Only four hours after being introduced by a mutual friend, Joanna Teplin and Clea Shearer went into business together. The two founded their organization company, The Home Edit, in 2015, and have since accrued a number of celebrity clients, some of whom are featured on their new Netflix show Get Organized with The Home Edit. The stars whose homes they organize scream with jubilation when they see their children’s toy Bentleys neatly parked in the real garage or their Hermès Birkin bags stuffed and facing out from new closet shelves; their non-famous customers cry when new floor space emerges from underneath what used to be an ungovernable mess.

Regardless of who they're working with, Joanna and Clea believe you should “edit” your belongings — a euphemism that conjures an image of a perfectly curated boutique rather than the landfill of discarded clothing that results in reality. But they are emphatically not minimalists (in fact, their clients seem to need a lot of new products from The Home Edit’s own storage line to contain their existing belongings). Instead, Joanna and Clea are here to help you “categorize” your maximalism. Here's what else you need to know about them.

Who is Joanna Teplin from The Home Edit?

Who is Clea Shearer from The Home Edit?

Originally from LA, Clea lives in Music City with her kids, Stella Blue and Sutton Gray. Her husband is entertainment photographer John Shearer.

They Both Hate to Fly

Despite jobs that require them to travel coast to coast organizing everything from Khloe Kardashian’s snack closet in California to Gwyneth Paltrow's Hamptons pantry, Joanna claims on the Home Edit's website that flying is her biggest source of stress. Clea’s biggest stress is also flying, but especially “flying with Joanna.” That said, the Home Edit still offers its services in nine different U.S. cities.

How Did Joanna and Clea Become Professional Organizers?

It was as simple as turning a mutual passion into a business. Joanna is a graduate of UC Santa Barbara, where she majored in film, but she’s also always loved painting. After managing a San Francisco stationery store, she started a line of wedding invitations reflecting her own aesthetic sense. It’s the same sensibility Joanna brings to her organizing work, where everything needs to be functional, but still beautiful to look at.

Clea, meanwhile, is an alum of the Parsons School of Design in New York, where she studied Design Management. Between then and now, she’s worked in marketing and consulting for aesthetically-minded brands like The RealReal and Saks Fifth Ave, to name a few.

How Much Does It Cost To Have The Home Edit Organize Your House?

The Home Edit’s rates vary from city to city. For a two person team to declutter your home in Detroit, the base rate is $185 an hour. In LA and New York, the rate is $250. That includes a 30-minute consult before the organizing begins, but not the price of the actual containers, which clients pay for separately.

Last year, Clea and Joanna published the New York Times best-selling organizing book The Home Edit and their second book, The Home Edit Life: The No-Guilt Guide to Owning What You Want and Organizing Everything, comes out next week.

But the duo’s clean and colorful organizing has also been featured on Goop, People, and Apartment Therapy. Plus, they’re all over social media, often with their famous clients, like Dan Levy, and their famous client’s stuff (see: Katy Perry’s pantry and Eva Chen's NYC apartment).