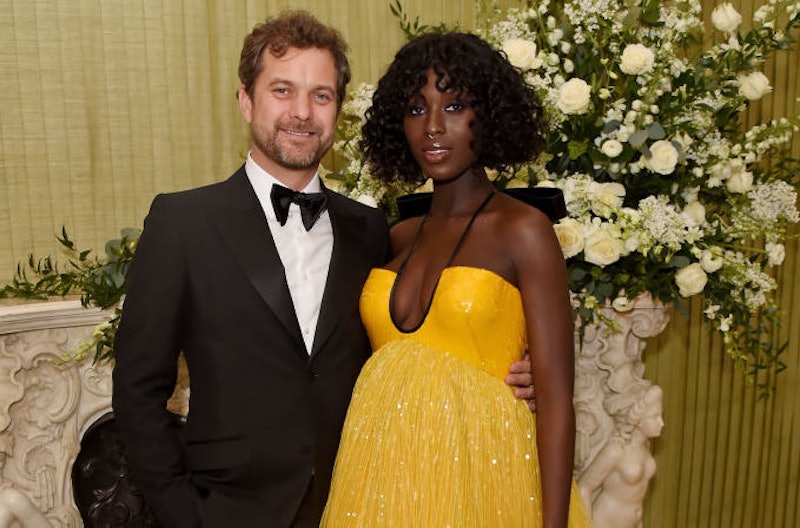 Jodie Turner-Smith's year has been a remarkable one. Navigating the success of Queen & Slim, pregnancy, a pandemic and emotional rollercoaster of the Black Lives Matter movement. The 33-year-old reflects on all this and more –including how systemic racism drove her to opt for a home birth – in a personal essay penned for British Vogue.

Featured in the fashion bible's September issue, Turner-Smith shared details about the birth of her daughter, Janie, alongside a touching image captured by husband Joshua Jackson.

She reveals how she and her husband decided even before the outbreak of coronavirus that she would give birth from their home, due to the "negative birth outcomes for Black women in America." In hospitals in America, Turner-Smith writes, "the risk of pregnancy-related deaths is more than three times greater for black women than for white women, pointing, it seems to me, to systemic racism."

She also spoke of the poignancy of her daughter being born in 2020: "Sometimes I wonder how I will explain to my daughter what it meant to be born in the year 2020. The historic events, the social unrest, and me - a new mother just trying to do her best. I think I will tell her that it was as if the world had paused for her to be born. And that, hopefully it never quite returned to the way it was before."

As well as revealing that she was in labour for an eye-watering four days, the star also shared a photo Jackson had snapped of her while in the bath on the third day. She described the beautiful picture as, "an honest moment of family and togetherness."

Vogue's September edition also featured Marcus Rashford, who appeared on the cover alongside Adwoa Aboah. He spoke about the importance of using his platform for good.