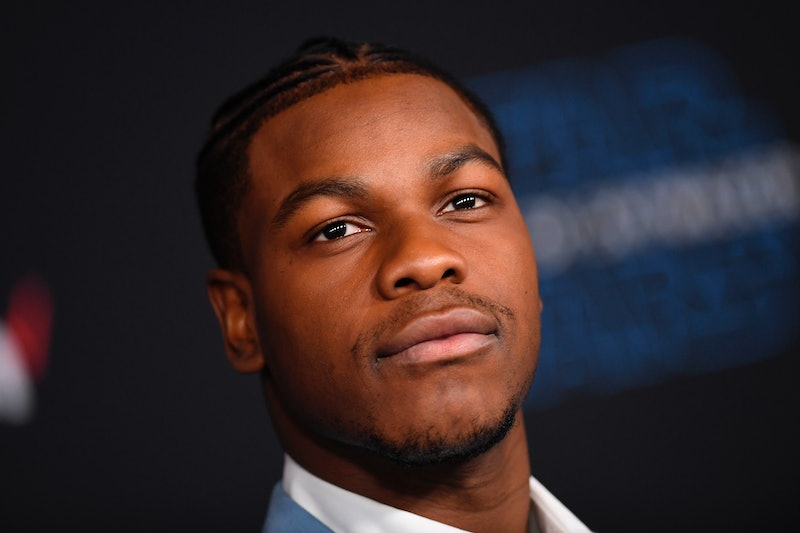 Listen up, Disney executives: actor John Boyega has thoughts about Star Wars and its mistreatment of Black and non-white characters. Boyega, who starred as former Stormtrooper-turned-Resistance-fighter Finn in the most recent Star Wars trilogy, called out Disney for sidelining its Star Wars characters of color in an interview with British GQ published on Wednesday, Sept. 2. He also touched on the restructured character hierarchy in the films, suggesting that his fellow co-stars of color Naomi Ackie, Kelly Marie Tran, and Oscar Isaac had also received the short end of the stick.

“It’s so difficult to maneuver,” Boyega said of his involvement in the blockbuster saga. “You get yourself involved in projects and you’re not necessarily going to like everything, [but] what I would say to Disney is do not bring out a Black character, market them to be much more important in the franchise than they are, and then have them pushed to the side.” He continued, "It's not good. I'll say it straight up.” Boyega added that while some would call him “crazy” for pointing out how his character's role shifted over the course of the three films, he’ll still speak truth to power.

Boyega also touched on being the “only cast member who had their own unique experience of that franchise based on their race," addressing the rampant racism that came in the wake of his casting. “It makes you much more militant,” Boyega said. “It changes you, because you realize, ‘I got given this opportunity but I’m in an industry that wasn’t even ready for me.’ Nobody else in the cast had people saying they were going to boycott the movie because [they were in it].” He continued, “Nobody else had the uproar and death threats sent to their Instagram DMs and social media, saying, ‘Black this and black that and you shouldn’t be a Stormtrooper.' Nobody else had that experience, but yet people are surprised that I’m this way. That's my frustration."

After his comments began to gain steam on social media, Boyega clarified that his comments aren’t a “witch hunt,” standing by his interview. He tweeted, “In short. I said what I said.” And that's that.

More like this
Everything You Need To Know About ‘Black Panther: Wakanda Forever’
By Bustle Editors
Lin-Manuel Miranda & Tituss Burgess React To 'Little Mermaid' Casting Backlash
By Radhika Menon
Nicola Coughlan Shared A Lady Whistledown Excerpt From ‘Bridgerton’ Season 3
By Grace Wehniainen, Alyssa Lapid and Sam Ramsden
The 50 Most Powerful Characters In The Marvel Universe, Ranked
By Johnny Brayson and Nola Pfau
Get Even More From Bustle — Sign Up For The Newsletter