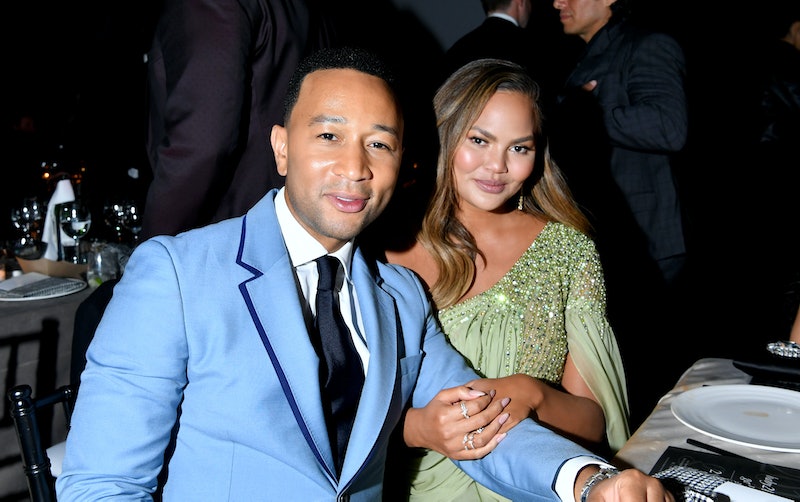 It’s been several weeks since Chrissy Teigen made her grand return to Twitter, and now her husband John Legend is explaining why she considered quitting the app in the first place. “It’s easier said than done,” he said on a recent episode of the PEOPLE Every Day podcast. “Because you do wanna get feedback. And so much of Chrissy’s career has been built off of her interaction with people and get getting to know her audience and them getting to know her. She doesn’t want to close herself off to it, but at the same time, it can be toxic sometimes.”

The Cravings author was honest about how toxic Twitter can be when she announced that she was quitting the social media platform cold turkey in late March. “This no longer serves me as positively as it serves me negatively, and I think that’s the right time to call something,” she wrote at the time. “My life goal is to make people happy. The pain I feel when I don’t is too much for me.” She also cited her “desire to be liked” and her “fear of pissing people off” as two of the main reasons she was making her exit.

Teigen returned to the app less than a month later. “Turns out it feels TERRIBLE to silence yourself,” the Lip-Sync Battle co-host tweeted on April 16. “And also no longer enjoy belly chuckles randomly throughout the day and also lose like 2000 friends at once lol.” Legend, for his part, totally understands why his wife left the platform and returned just a few weeks later. “She quit Twitter for a little while, thinking that might be the answer, but she realized that she missed it too much,” the “All of Me” singer said on People’s podcast.

Because of Teigen, Legend has also witnessed firsthand how much more challenging it is to be a woman on the internet than it is to be a man. “It’s just harder for women, when it comes to that because there’s a lot more scrutiny on the way they look and people feel much more comfortable being mean to them then they do to men,” he continued. He also added that he’s noticed a significant “difference between the way I get treated and the way Chrissy does.”

But alas, the intense scrutiny wasn’t enough to keep the Queen of Twitter from connecting with her followers forever. “I choose to take the bad with the good!!!” Teigen tweeted when she announced that she was officially back last month. And when a fan asked her how she spent her time away from the platform, she explained that life got pretty lonely. “I’ve spent weeks just saying tweets to shampoo bottles,” she joked.

More like this
Taylor Swift, Kerry Washington & More Speak Out On Uvalde Mass Shooting
By Jake Viswanath
10 Times Diana & Meghan Spoke Similarly On The Royal Family
By Sophie McEvoy
Lisa Marie Presley Reviewed Baz Luhrmann’s ‘Elvis’ Movie On Twitter
By Grace Wehniainen
‘Euphoria’ Star Dominic Fike’s Amber Heard Comments Got Him Booed During A Show
By Brad Witter
Get Even More From Bustle — Sign Up For The Newsletter