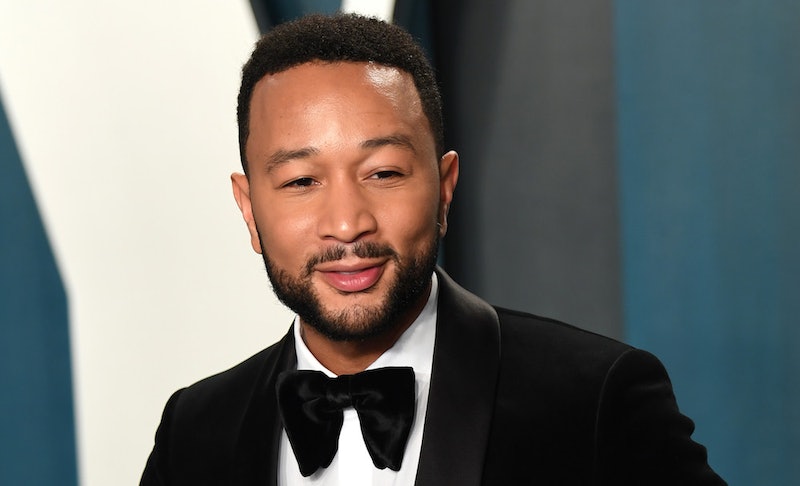 In a frank discussion that touched on past relationships, John Legend said Chrissy Teigen changed his history of cheating. The Grammy-winning singer appeared on actor Dax Shepard and Monica Padman’s podcast Armchair Expert on July 13, and admitted to a history of infidelity during the earlier stages of his career. According to Legend, however, his relationship with Teigen — whom he wed in 2013 and shares two children with, Luna, 4, and Miles, 2 — made him realize he didn't want to "mess with somebody else anymore."

“I did have a history of [cheating] — definitely in my 20s," Legend said when Shepard pointed to his own “horrendous history” of infidelities. "I think what happened for me… I was younger than everybody in high school and college, and so I just didn't get a lot of girls. When I started to get that attention, I loved it." He explained, "I escaped 'technically cheating' by keeping my relationship ill-defined, but it was really cheating. I definitely was dishonest and selfish... It was happening before I was famous."

Legend admitted that as he garnered more attention in the spotlight, he "took advantage of that.” At a certain point, however, he realized he was “happier being honest.” The singer explained, “You're happier being faithful and being in love with one person. At a certain point, I just decided that person was Chrissy. I decided I wasn't gonna mess with somebody else anymore." Soon, his “whole life” became “lighter.”

When Shepard asked about pressures the two face as one of the most celebrated couples — and one of the most active on social media — Legend aptly said he wouldn’t “do anything to f*ck” up the relationship so not to endure the wrath of his wife’s fanbase. “Chrissy has 12 million Twitter followers,” Legend said. “If I were to do anything, it would be career suicide. It would be terrible. It just gives you another reason to not f*ck it up.”

The couple met on the set of Legend’s “Stereo” music video in 2006. In an interview with Cosmopolitan in 2014, Teigen recalled the night after the shoot: they ate In-N-Out Burger and, "I'm not going to lie. We hooked up," she said. Legend soon headed out on tour, putting the relationship on pause, but the two got engaged in 2011 after years of maintaining a long distance relationship. “We were texting a lot, and I started to see her sense of humor," Legend told Entertainment Tonight in 2016. "We would talk on the phone, and I started to fall in love with how engaging and witty and funny she is." A few years after their nuptials, the two welcomed daughter Luna in 2016 and son Miles in 2018.

Last October, the family of four graced the cover of Vanity Fair. Teigen said of her relationship with Legend at the time, “There are some famous couples I look at and I'm like, 'Ugh, we get it. Stop trying so hard, you're so lame.’ I think people definitely think that about us but ... that's because I think of everything."

More like this
Chrissy Teigen & John Legend Reveal Their New Baby’s Name & Share First Photo
By Stephanie Topacio Long and Jake Viswanath
Bennifer's Relationship Timeline Now Includes A Grammy Date Night
By Jake Viswanath
Vanessa Hudgens Is Reportedly Engaged To Cole Tucker
By Jake Viswanath
Pamela Anderson’s Dating & Marriage History Could Be Its Own TV Series
By Jake Viswanath
Get Even More From Bustle — Sign Up For The Newsletter
From hair trends to relationship advice, our daily newsletter has everything you need to sound like a person who’s on TikTok, even if you aren’t.