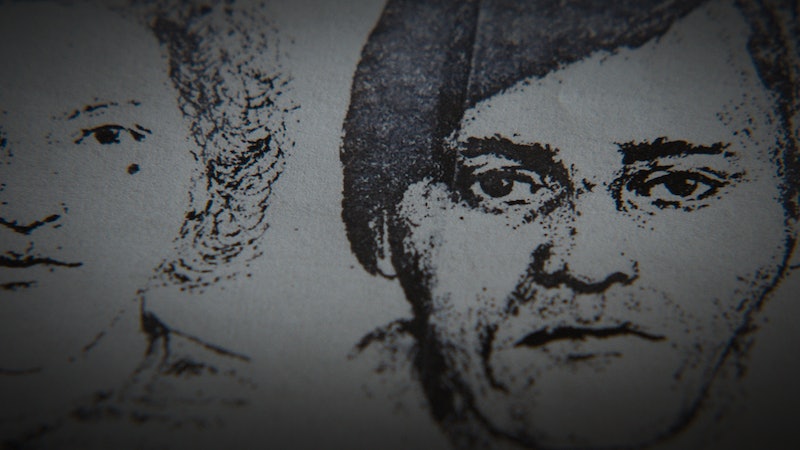 David Berkowitz is one of the most notorious serial killers in history. Convicted for murdering six and injuring several more in the “Son of Sam” shootings that terrorized New York City in the mid-1970s, Berkowitz will forever be known as one of the world’s greatest monsters. But there are some who believe that Berkowitz did not act alone. That’s the impetus for the Netflix docuseries The Sons of Sam: A Descent into Darkness, which explores the theory that Berkowitz was just one member of a group of killers. Included in this group, one independent investigator believed, were John and Michael Carr. So what do we know about these brothers, and their relationship to Berkowitz?

The Sons of Sam is based on the work of journalist Maury Terry, who spent decades attempting to prove that David Berkowitz was not the only murderer behind the Son of Sam shootings. Terry, who died in 2015, believed that Berkowitz and the Carr brothers were members of a vast satanic cult that carried out the killings. He was never able to prove his theory of the case — indeed, some of the claims in his sensational book The Ultimate Evil would later be disproven — but in his mind, John and Michael Carr were central to the murders.

The Carrs’ father was Berkowitz’s neighbor, Sam Carr — which literally makes Michael and John the sons of Sam. At the time of the killings, Berkowitz claimed that he was directed to kill by Sam — a demonic entity who spoke to him through Sam Carr’s dog. But Terry believed that Berkowitz’s association with the Carrs didn’t stop with the dog or his hallucinations.

Both Carr brothers would die prematurely in the years following Berkowitz’s 1977 arrest.Just months after Berkowitz was detained by police, John was shot in the head in North Dakota. His body was found in an his girlfriend’s apartment; she first told police that he committed suicide before later claiming that he was murdered in relation to the Son of Sam investigation, according to Unsolved Mysteries. Michael Carr died in a car accident in Manhattan about a year-and-a-half after the death of his brother.

Years later, Terry conducted an interview with Berkowitz; the convicted killer responded affirmatively to Terry’s many leading questions, appearing to confirm the journalist’s take on the case. Berkowitz named both Michael and John Carr as two of his accomplices: he claimed that Michael was the gunman at the June 26, 1977 shooting at Bayside, Queens’ Elephas discotheque, which left two people injured; and he alleged that John pulled the trigger on November 27, 1976 in a shooting that left two teens injured. Witness descriptions of the shooter in the latter case reported seeing a young blonde man — a description that didn’t match Berkowitz, but did bear a resemblance to John Carr. Berkowitz said both men were murdered by the cult to keep them from talking about their involvement.

Berkowitz also claimed that the Carrs were involved in a satanic cult — a group that he said instigated the Son of Sam killings. Berkowitz claimed that it was Michael Carr who first introduced him to the cult, while Terry allegedly uncovered evidence linking John to the cult at his home in North Dakota, according to Unsolved Mysteries. Berkowitz is also believed to have made mention of John Carr in the infamous threatening letter he’d sent to journalist Jimmy Breslin, where he referenced a “John Wheaties — rapist and suffocator.” According to Terry, “Wheaties” was John Carr’s nickname.

It’s unknown if David Berkowitz acted alone in the Son of Sam slayings, let alone if the Carr brothers or a satanic cult had any involvement. But as The Sons of Sam: A Descent into Darkness shows, Maury Terry certainly believed this was the case.

More like this
A Teen Murder Victim's Horrific Diary Entry Helped Police Find Her Killer
By Brad Witter
Love Is Blind’s Natalie Claims Shayne Signed Up For 'Perfect Match' While They Were “Still Together”
By Brad Witter
'The Crown' Season 6 Has Suspended Filming "Out Of Respect" For The Queen's Death
By Bustle Staff
'Love Is Blind: After The Altar' Season 3 Has A Release Date & It's Very Soon
By Grace Wehniainen
Get Even More From Bustle — Sign Up For The Newsletter