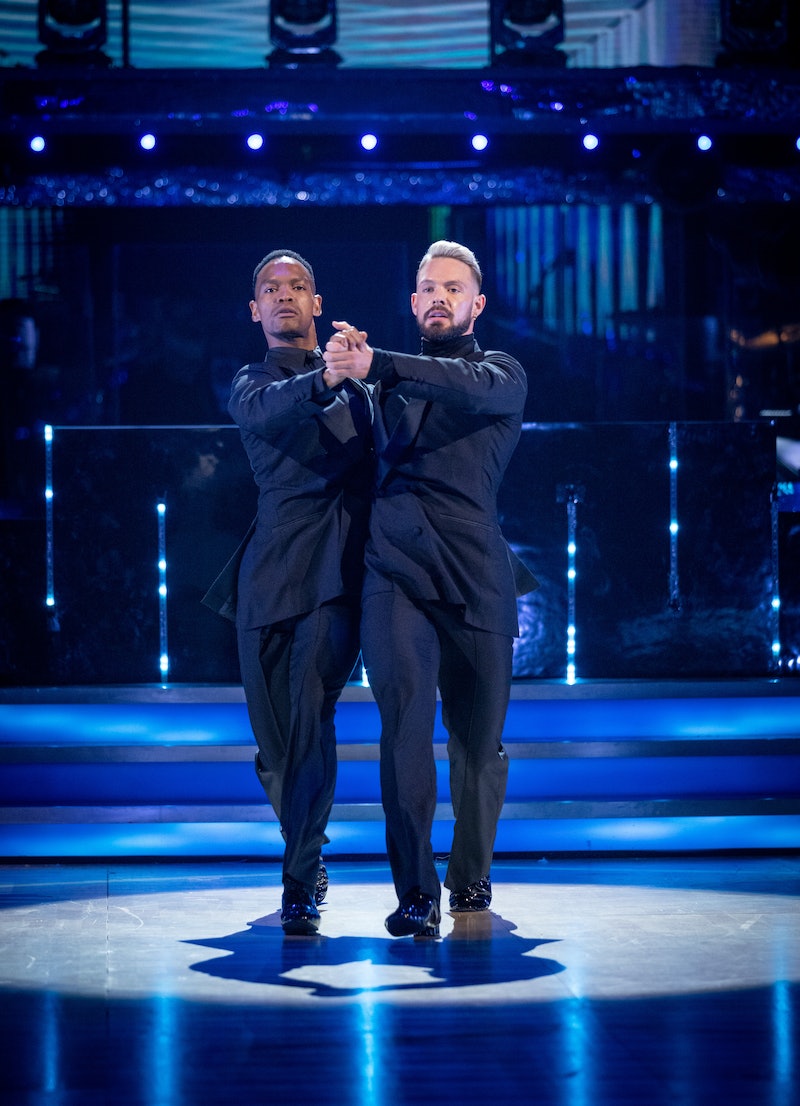 TV chef John Whaite is already becoming a Strictly 2021 favourite. He’s wowed audiences with his dancing skills alongside partner Johannes Radebe and the pair are making history as the show’s first ever male same-sex couple. Here’s everything you need to know about the baker-turned-dancer, including his career so far and who he’s dating.

As many will know, 33-year-old Whaite is a successful baker, TV personality, and cookbook author. He first hit the public eye when he won The Great British Bakeoff in 2012 at 23 years old. It was the third series of the show.

Ever since, the star has made a name for himself on television, appearing on shows such as This Morning, What’s Cooking? The Alan Titchmarsh Show and Sunday Brunch.

In addition, he even has his own cookery school, named John Whaite’s Kitchen. Impressive, huh?

The baker hails from Chorley in Lancashire, and attended the University of Manchester to study law, before going to Le Cordon Bleu to take cookery classes.

So far, Whaite has performed the tango to New Order’s Blue Monday. He received a high score of 30, with two sevens and two eights from the judges.

Speaking about taking part on the show before it began, Whaite said: “I’ve been wearing sequins and jazzy attire since I was three years old and can’t wait to hurl myself, full throttle, around the most glamorous dance floor on earth.”

He added: “What’s more exciting for me, is that I’m going to be one half of the first all-male partnership, which is a great step forward in representation and inclusion.”

In the hours before his first performance, Whaite revealed that he would be channelling his alter ego Dante on the dance floor. “I can't smile actually because I'm Dante, the tango master,” he explained on his Instagram stories.

Whaite is on Instagram at @john_whaite and has nearly 150k followers.

He posts regularly, including now snaps and short videos of his Strictly journey. The baker also shares foodie tips and snippets of his personal life on the platform.

Whaite has been in a relationship with partner Paul Atkins since 2008, when they reportedly met in Manchester.

Atkins is said to be a graphic designer, and the pair live together in Leeds currently. They actually got engaged recently, but do not seem to be married just yet. John and Paul have a dog named Abel together.

More like this
Turns Out George Clooney Is A Huge Fan Of This Classic British Game Show
By El Hunt
Twitter Has Renamed Ekin-Su After *That* 'Dancing On Ice' Performance
By Sophie McEvoy
This Pre-'Love Island' Video Of Olivia & Zara Together Changes Everything
By Bustle UK
Twitter Can’t Make Up Its Mind About Ekin-Su’s 'Dancing On Ice' Skate-Off
By Sophie McEvoy
Get The Very Best Of Bustle/UK
Sign up for Bustle UK's twice-weekly newsletter, featuring the latest must-watch TV, moving personal stories, and expert advice on the hottest viral buys.