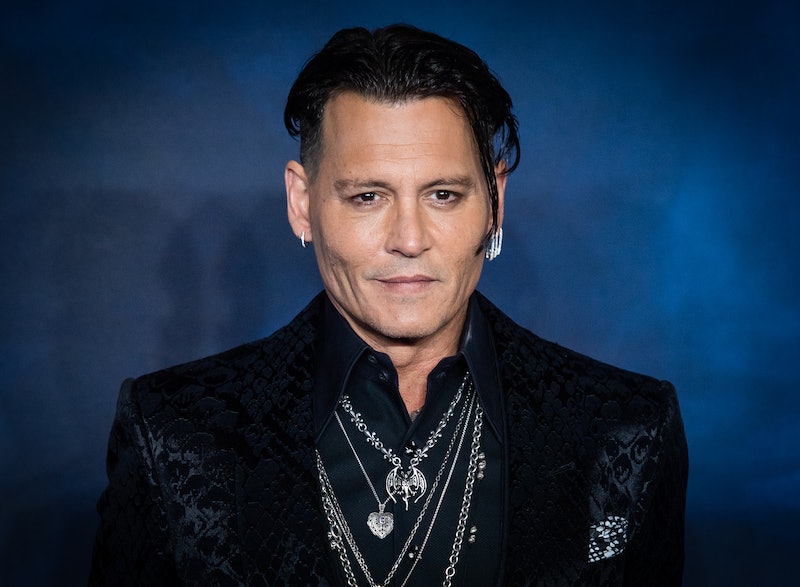 Following a contentious libel suit against the British tabloids, Johnny Depp revealed that he has resigned from the Fantastic Beasts franchise. In a statement issued on Instagram on Friday, Nov. 6, Depp — who played villain Gellert Grindelwald in the Harry Potter spin-off series — said he has agreed to Warner Bros.' request to exit the role. His resignation comes after losing a libel case against The Sun over an April 2018 headline that called him a "wife beater" in light of abuse allegations from ex-wife Amber Heard.

"I wish to let you know that I have been asked to resign by Warner Bros. from my role as Grindelwald in Fantastic Beasts and I have respected and agreed to that request," Depp wrote in a statement on Instagram, adding that he plans to appeal the court's decision. "The surreal judgement of the court in the U.K. will not change my fight to tell the truth. My resolve remains strong and I intend to prove that the allegations against me are false. My life and career will not be defined by this moment in time."

Warner Bros. confirmed his departure and said the actor would be replaced. "We thank Johnny for his work on the films to date," the studio said in a statement, per The Hollywood Reporter. "Fantastic Beasts 3 is currently in production, and the role of Gellert Grindelwald will be recast." The studio added that the film's theatrical debut has been pushed to Summer 2022.

After a summer of hearings, a judge in London ruled against the actor on Monday, Nov. 2, and called The Sun's remarks "substantially true." Judge Andrew Nicol cited the "overwhelming evidence" that Depp had assaulted Heard during the course of their marriage. After roughly a year of being married, the two finalized their divorce in 2017. At the time, Heard obtained a temporary restraining order against Depp and claimed that he had physically abused her. Alternatively, Depp has sued Heard for defamation over a 2018 piece that she penned for The Washington Post in which she called herself a survivor of domestic abuse.

Depp made his Fantastic Beasts debut at the end of 2016's Fantastic Beasts and Where to Find Them, and returned in a more prominent role in the 2018 sequel Fantastic Beasts: The Crimes of Grindelwald. The casting was controversial from the start due to the abuse allegations; while Warner Bros. and J.K. Rowling acknowledged the concerns at the time, they initially stood by the casting decision.