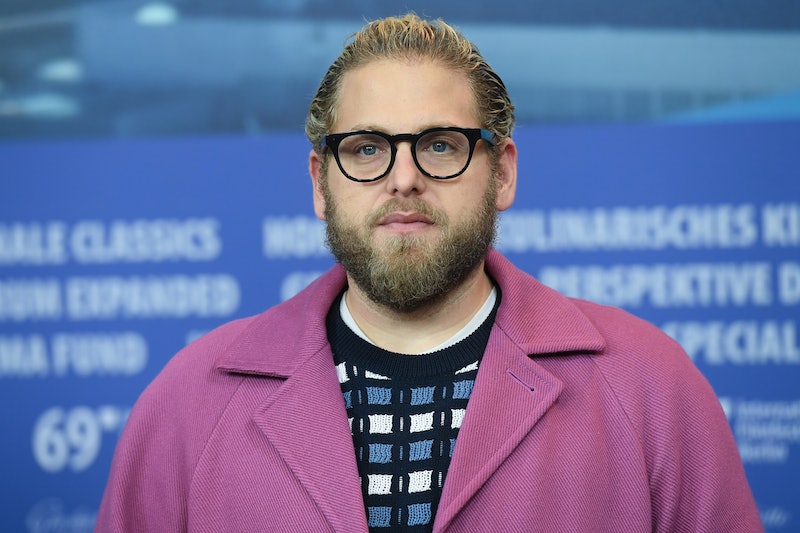 Actor Jonah Hill is tired of people commenting on his body, even if the comments are positive. On Wednesday, Oct. 13, the 21 Jump Street star asked fans to keep their opinions about his appearance to themselves. “I know you mean well but I kindly ask that you not comment on my body,” he wrote on Instagram alongside a red heart emoji. “Good or bad I want to politely let you know it’s not helpful and doesn’t feel good. Much respect.”

The post, which currently has over 400k likes, received a ton of praise from Hill’s peers, including Olivia Munn, Aidy Bryant, and even pop star SZA. “Absolutely love you,” the singer wrote. “Thank you!!” Plus-size model Tess Holliday left two comments; one of them said “THIS” with several ‘100’ emojis while the other encouraged the actor to say it “LOUDER.” Even Hill’s sister, Beanie Feldstein, weighed in. “THAT’S MY BROTHER,” she wrote, adding clapping emojis between each word.

This isn’t the first time the War Dogs actor opened up about his struggles with body image. During a 2018 appearance on The Ellen Show, he spoke about the negative impact of body-shaming comments. “I became famous in my late teens and then spent most of my young adult life listening to people say that I was fat and gross and unattractive,” he said. “It’s only in the last four years writing and directing my movie, Mid90s, that I’ve started to understand how much that hurt and got into my head.”

Elsewhere in the interview, Hill said that a lot of people feel shame about their appearance at one point in their life, and many of them just want to feel accepted. “I really believe everyone has a snapshot of themselves from a time when they were young that they’re ashamed of,” he continued. “For me, it’s that 14-year-old overweight and unattractive kid who felt ugly to the world, who listened to hip-hop and who wanted so badly to be accepted by this community of skaters.”

In February, Hill spoke out again when he posted a screenshot of a Daily Mail article, which featured shirtless photos of him enjoying a surf day in Malibu. “I don’t think I ever took my shirt off in a pool until I was in my mid 30s even in front of family and friends,” Hill captioned the post. “Probably would have happened sooner if my childhood insecurities weren’t exacerbated by years of public mockery about my body by press and interviewers.”

Hill went on to say that after so many years, he’s finally reached a point where he no longer cares about which photos of him are printed in the press. “The idea that the media tries to play me by stalking me while surfing and printing photos like this and it can’t phase me anymore is dope,” he said, adding that he’s more confident than he’s ever been in his life. “I’m 37 and finally love and accept myself.”

The True Story star closed out his post by sharing some words of wisdom with those who are still hiding their bodies from the rest of the world. “This isn’t a ‘good for me’ post. And it’s definitely not a ‘feel bad for me post,’” he said. “It’s for the kids who don’t take their shirt off at the pool. Have fun. You’re wonderful and awesome and perfect. All my love. Oh and Daily Mail, not even you can take that smile from my face.”