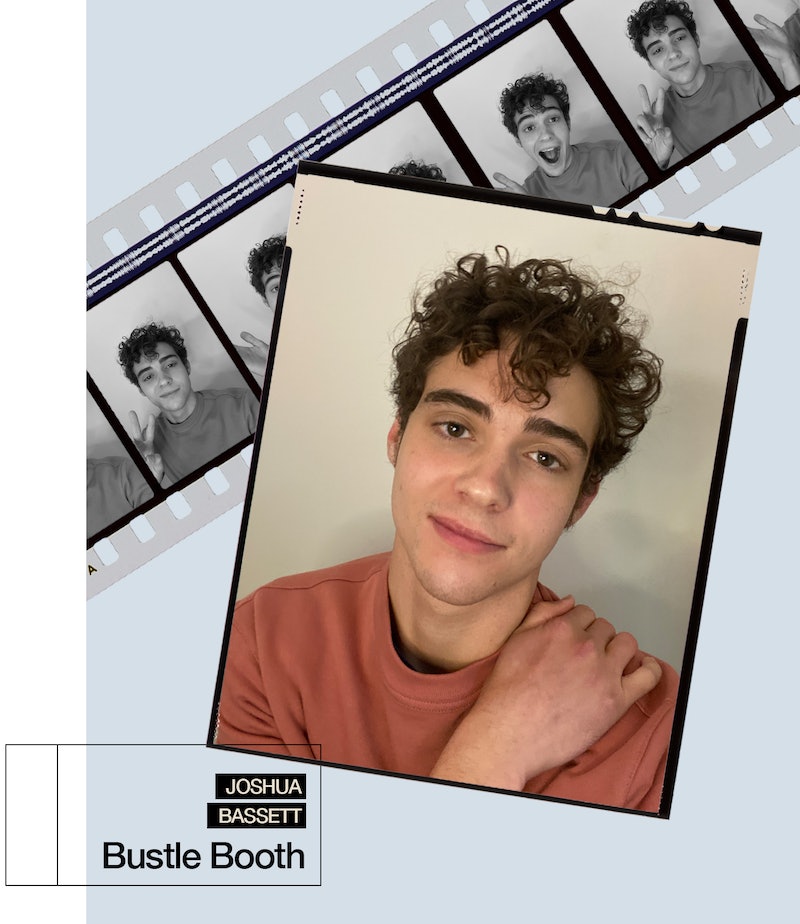 Joshua Bassett has been doing a lot of meditating. It’s his way of coping with the barrage of change he’s been hit with in the past few years: landing a lead role in High School Musical: The Musical: The Series at 17 years old, signing a record deal at Warner Records a couple years after that, and, most recently, producing his first EP during a pandemic. That’s not to mention finding himself embroiled in the high-key drama surrounding his High School Musical co-star Olivia Rodrigo, and her heartbreak hit “Drivers License.”

“I think it was all so much that I didn't have any time to think about it, I don't know if I still have processed it entirely,” Bassett tells Bustle. (Plus, not everything has been brand new: he was cast in a local High School Musical production at age 7, and that Disney mythos has long “been a huge part” of his life.)

The TikTok theories that he was the subject of Rodrigo’s song, or the rumors of a love triangle with fellow Disney star Sabrina Carpenter? Bassett shrugs it all off. “It is a wonderful song!” the 20-year-old musician says of “Drivers License.” “I know the reality and the truth of my life, so that stuff doesn't bother me. These people don't really know what they’re talking about, so I just keep my head up and do my own thing. But you can’t stop people from talking, especially during a global pandemic when nobody has anything to do but [live] vicariously through us.”

While the “Drivers License” drama is what launched his name into the zeitgeist — and even got him a shoutout on Saturday Night Live — Bassett is hoping that his music will get its time in the spotlight. He had been writing his newly released, eponymous EP for nearly two years before he started to produce it during early lockdown. The result six songs filled with lyrics about young love and messy relationships. “It [is] very honest and vulnerable,” Bassett says.

Amid all the TikTok madness and the onslaught of Twitter speculation, Bassett’s EP offers him a chance to tell his own story. The music combines elements of Ed Sheeran (whose producer AFTERHRS also worked on this EP) with some early One Direction vibes, and just a touch of Jonas Brothers melodrama. From the tension of “Lie Lie Lie” to the romantic falsetto on “Heaven is You,” Bassett proves he has the makings of a pop prince on the rise.

Get to know more about Bassett — including his love of Harry Styles — below.

In the Bustle Booth:

Iced vanilla latte, with oat milk and an extra shot.

Capricorn. I was born on the cusp though, so some people theorize I am a Sagicorn.

I don’t know the last time I watched TV or a movie — I have been obsessed with Parasite since I saw it, so let's go with that.

Who isn’t in love with Harry Styles? Not only is he such a great musician, he is a fashion icon, he is a sensitive man, he is everything.

This book I’m reading called This Thing Called You by Earnest Holmes. It is incredibly eye-opening.

I have no idea. That I’m a good person? I feel like every person you interact with is affected by your energy, so I would hope that people are better off because of me.