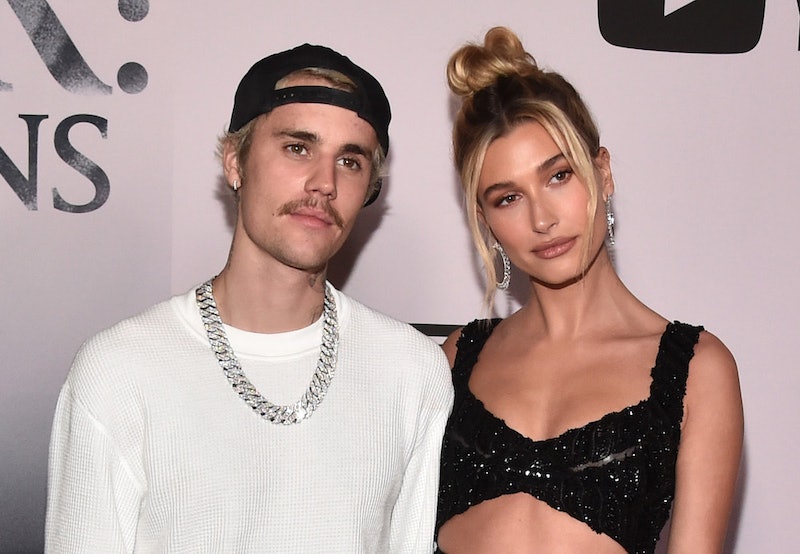 Justin Bieber and Hailey Baldwin are in no rush to have children, thank you very much. Bieber recently opened up about his marriage during an appearance on The Ellen DeGeneres Show on Tuesday, Dec. 1. When the talk show host peppered the "Holy" singer with questions about children, Bieber revealed that while he would love to have little pop star-slash-supermodel babies, the final decision comes down to his wife.

"I'm going to have as many as Hailey is willing to push out," Bieber replied when asked how many kids he would like. "I'd love to have myself a little tribe. But, yeah, it's her body and whatever she wants to do… I think she wants to have a few." When pressed on what the "hold up" is, Bieber confirmed that there's no issue, but that they're simply not ready.

"I think Hailey still has some things she wants to accomplish as a woman," he explained. "And I think she just is not ready yet, and I think that's OK." DeGeneres, for her part, agreed that the pair should wait to expand their family until they both agree that it's the right time. "I know how much you love kids, and you're going to be such a great dad, but I think that's really important," the host said. "She should wait until she's ready."

Bieber and Baldwin tied the knot in October 2018 in a courthouse in New York, and then again in September 2019 in a larger ceremony in South Carolina. They celebrated their wedding anniversary this September, paying tribute to each other on Instagram with black-and-white photos from their wedding day. "I am so lucky to be YOUR husband! You teach me so much everyday and make me such a better man," Bieber wrote, later promising to always put her first. Baldwin also celebrated the day on social media, writing, "1 year ago we had the best wedding. Wish I could live this day over and over."

While it remains unclear when the couple will take the next step in their relationship, Bieber's appearance on Ellen wasn't the first time he spoke about having kids with Hailey. "I want to start my own family in due time," he said in an interview with Zane Lowe in February. "I want to enjoy being married for a little bit, go on tour, be married, enjoy traveling with just us, [and] build more of our relationship." A year prior, in the couple's joint Vogue interview, Baldwin maintained that the two won’t have children for "at least a couple of years."