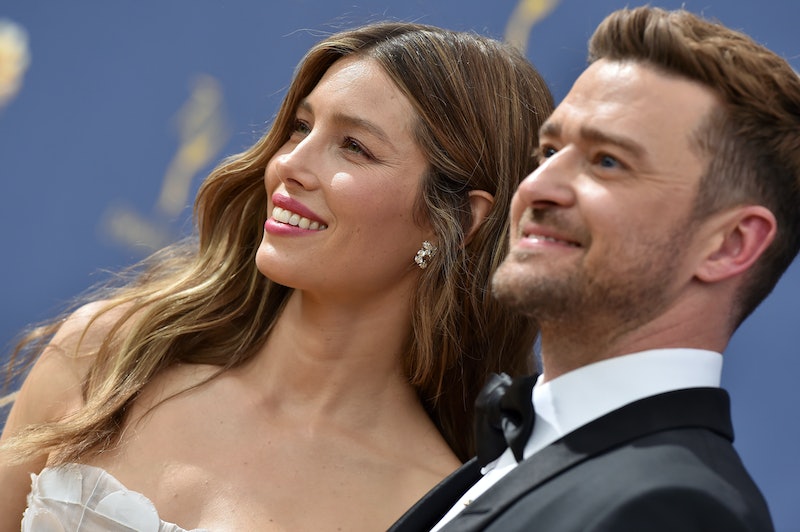 Following reports that the couple expanded their family in mid-July last year, Justin Timberlake confirmed the name of his second child with Jessica Biel, a baby boy called Phineas. "He's awesome and he's so cute and nobody's sleeping," the singer said during a recent appearance on The Ellen DeGeneres Show (via Cosmopolitan). "But we're thrilled and couldn't be happier. Very grateful."

Phineas joins the couple's five-year-old son Silas, who is thrilled to be a big brother for the first time. "Silas is super excited. Right now he's very much liking it, but you know Phin can't walk or chase him down so we'll see what happens," Timberlake explained. Describing the new family dynamic, the star joked that he and Biel hardly see each other any more amongst the chaos of raising two boys. "It's a lot of fun, but I guess as the saying goes, go from a zone defence to a man-to-man really quickly," he said. "Sort of like, 'You go get that one and I'll get this one'."

The news of Biel's pregnancy and the birth was kept under wraps for quite some time in 2020, but that didn't stop a few slip-ups here and there from close friends. One of the first friends to comment on the news was singer-songwriter Brian McKnight, who told HollywoodLife that the singer "just had a new baby" and Timberlake's future music will be inspired heavily by his growing family.

Another close friend to comment on the news was former *NSYNC member Lance Bass, who told Entertainment Tonight that the "baby is cute of course", and that he and the rest of *NSYNC "knew before anyone else did" and have been talking about it non-stop on their group chat. "It's been a fun celebration and they're very, very happy!"

Tonight Show host Jimmy Fallon also spoke to Entertainment Tonight about Timberlake and Biel's newborn. "So cute, oh my gosh — adorable and already funny," Fallon said, also revealing that he planned on giving the couple "a binky for the new baby" as a Christmas gift.