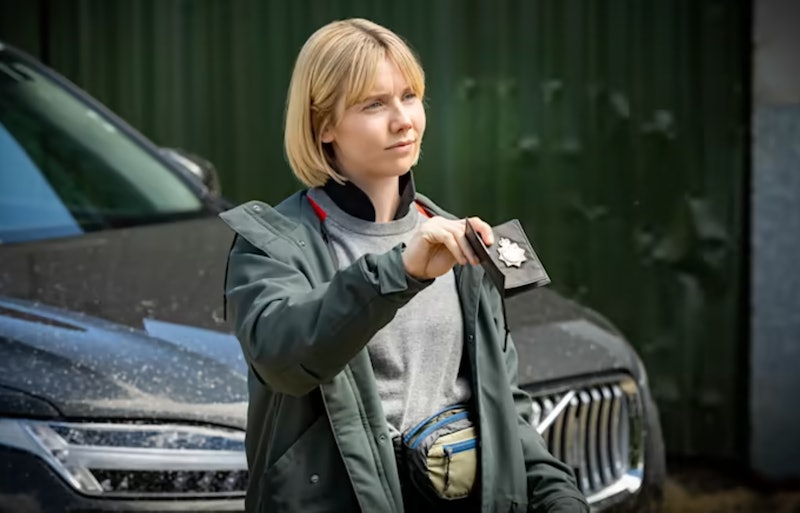 Audiences were treated to a jaw-dropping ending when ITV’s Karen Pirie wrapped up its first instalment. The hit series saw Lauren Lyle portray Karen Pirie — a bum-bag wearing young detective, who cracks a decades-old murder case while battling misogyny within the police force. It made for a refreshing twist on the traditional police drama and brought the shock factor when the true murderer of young bartender Rosie Duff was spectacularly revealed in the finale. No wonder viewers are calling for more episodes, and the good news is, they might be in luck.

“Val [McDermid]’s books are such an amazing backbone to use to make the series,” Lyle told Bustle last month. She pointed out that the show is based on 2003’s The Distant Echo — the first of six Karen Pirie novels written by the Scottish crime writer. The most recent instalment, Still Life, came out in 2020, meaning there’s plenty of fresh inspiration for the drama to return to screens in the future.

Elsewhere, Lyle told Radio Times she thought “there’s a lot more to be done, the books are phenomenal.” Opening up about the possibility of another instalment, she added: “The next one [book] is partially set in Tuscany, so why would we not want to do that?”

The actor concluded: “[Karen’s] my favourite character I’ve ever played and the one I’ve felt most trusted with, I’ve had a lot of creative control, which is just so cool. I definitely feel we could go again if we are permitted.” Emer Kenny, who plays River Wilde and wrote the screen adaptation, shared a similar sentiment. "There's definitely scope to do more,” she said.

While The Distant Echo focuses on the murder of young bartender Rosie Duff 25 years ago, its sequel, A Darker Domain, sees Inspector Pirie heading up Fife’s Cold Case Review Team and solving a missing persons case dating back to the 1984 miner’s strike. It seems likely that a second season would pick up from there.

More like this
'The Last Of Us' Has Officially Been Renewed For Season 2
By Darshita Goyal
Turns Out George Clooney Is A Huge Fan Of This Classic British Game Show
By El Hunt
Rupert Grint Just Shared A *Major* Update About Ron Weasley’s Future
By El Hunt
'Brookside' Is Coming Back & Soap Opera Fans Are Going Wild
By Sam Ramsden
Get The Very Best Of Bustle/UK
Sign up for Bustle UK's twice-weekly newsletter, featuring the latest must-watch TV, moving personal stories, and expert advice on the hottest viral buys.