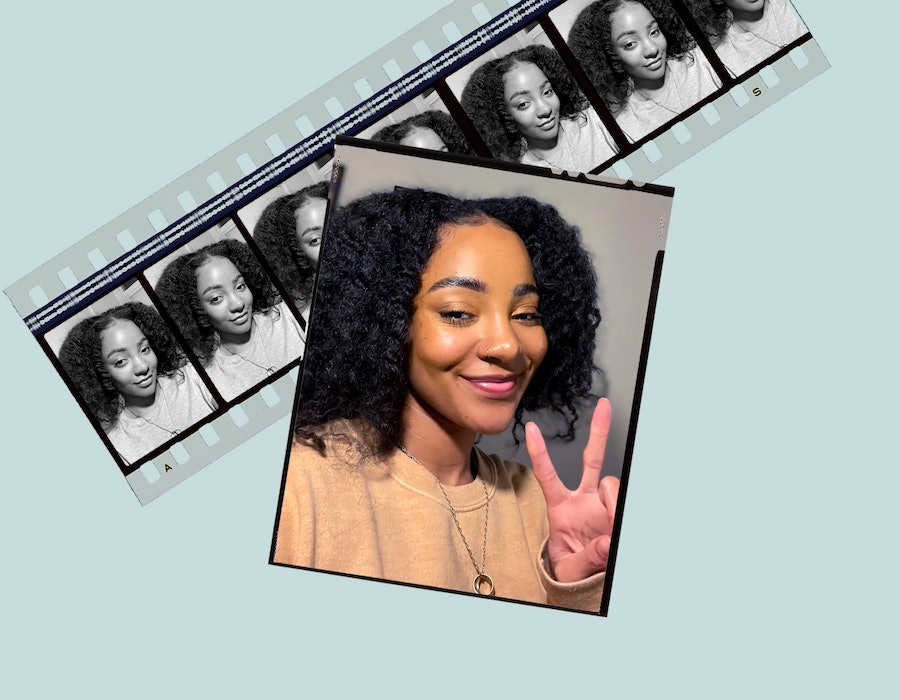 Karla-Simone Spence has travelled back in time. From starring as love interest Leah in the modern-day film, Blue Story, she’s now off to Georgian London to play the lead role in The Confessions Of Frannie Langton. The four-part series is based on the novel of the same name by author Sara Collins. It tells the tale of a young enslaved Jamaican woman who is brought from a plantation to the London mansion of George and Marguerite Benham. With the show now available to stream on ITVX, I chatted to 26-year-old Spence about why this was the “role of a lifetime” and her new-found love for corsets.

Describing her character in The Confessions Of Frannie Langton, Spence says: “Frannie is so multi-dimensional. She's brave when she speaks out at times when you’d expect her to stay silent. Although she’s been through some hardships, she’s still quite an emotional person.”

In the series, Langton is on trial after waking up next to the lifeless bodies of the Benhams. Over a series of flashbacks, she tells her story in court – determined to prove she’s innocent of the Benhams’ murders. Of Jamaican heritage herself, Spence says it was “amazing” to play Langton as it was a perfect blend of the Jamaican and British culture she was raised with. “I’m just so grateful that my first lead major role was a Jamaican woman,” she says.

The ITVX drama goes further than a stereotypical slave storyline and this is particularly important to Spence. As well as being a murder mystery, love is a major theme in the drama as Langton experiences a “beautiful” romance for the first time with Madame Benham. And when it comes to her own love life, Spence is a self-proclaimed hopeless romantic. “I’m not currently romantically involved but I just think love is beautiful,” she says.

And her love has seemingly extended to corsets too. After having worn them in the show, the South-East London native unapologetically shares: “I loved wearing them and I still like wearing them today.”

But apart from the corsets, of course, Spence also shares another big takeaway from working on The Confessions of Frannie Langton: “It was the role of a lifetime, for me. It was a dream to play and it really taught me a lot as an actor and what I’m capable of.”

Teasing what projects are next for her, Spence says: “Nothing that I can share yet but the future is looking very very splendid.” Until then, get to know more about Spence in her Bustle Booth questionnaire below.

The Crab! I hate the word cancer. I vote to change our name! Cancerians deserve better!

It changes all the time, but “valar morghulis” makes a few appearances! It's from Game of Thrones, those who know, know!

There’s so many! I Loved Kim Possible, I thought the idea of being a badass spy was cool! (Still Do!)

I’m obsessed with The Handmaid's Tale & The Woman King was epic!

I don’t idolise anyone, I think it’s unhealthy. However, I highly respect and adore the Queen Mother, Viola Davis!

I would hate to be on reality TV, I’m a private person and they can be so heavily edited. I wouldn’t want my personal life available for everyone’s consumption.

Always ‘Someone Like You’ by Adele! But also anything by Whitney, Beyonce & all the greats!

I’m inspired by the beautiful show that myself and the team of The Confessions of Frannie Langton made. It takes a village and everyone gave it their all!

That I lived and loved and that I impacted others in some positive way with my work.

More like this
'The Last Of Us' Has Officially Been Renewed For Season 2
By Darshita Goyal
Turns Out George Clooney Is A Huge Fan Of This Classic British Game Show
By El Hunt
Alan Carr's 'Changing Ends' Is A Witty Sitcom Based On His Own Life
By Darshita Goyal
Twitter Is Burning As Phoebe Dynevor Reveals Daphne’s 'Bridgerton' Exit
By Sophie McEvoy
Get The Very Best Of Bustle/UK
Sign up for Bustle UK's twice-weekly newsletter, featuring the latest must-watch TV, moving personal stories, and expert advice on the hottest viral buys.