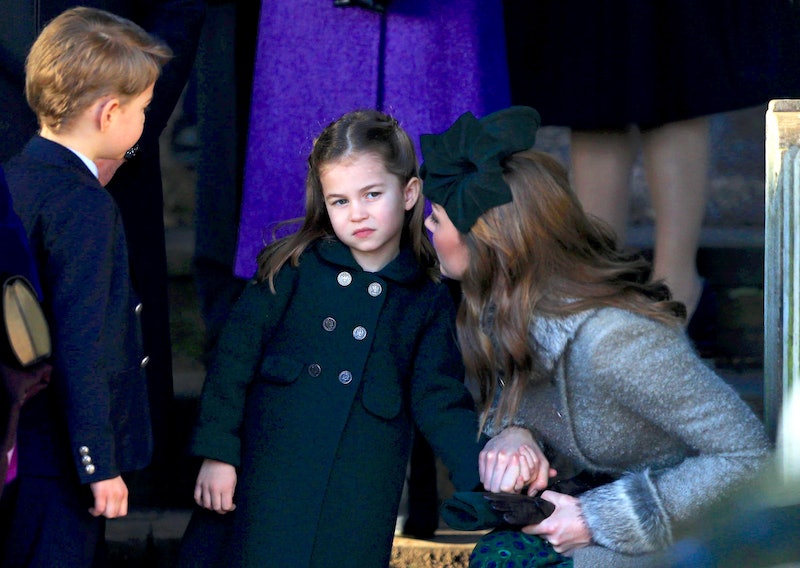 Like many parents during the school holidays, the Duke and Duchess of Cambridge have been working to keep their three children entertained as best they can, including with fun-filled family days out. Kate Middleon is said to be utilising the October half term by taking Prince George and Princess Charlotte for a day out to the Imperial War Museum in London this week.

The Duchess recently took her two eldest children, George, seven, and Charlotte, five, to the Imperial War Museum “very much as members of the public”, according to The Daily Mail's Sebastian Shakespeare. George, who is third in line to the throne, was said to be in awe of the military hardware on display during the family day out.

On a video call with veterans at a care home in East Sussex in May, Kate revealed that her eldest child had started to learn about the Second World War, adding that he and his sister Charlotte had also been learning the lyrics to Dame Vera Lynn's song "We'll Meet Again" for the 75th anniversary of VE Day.

Buckingham Palace has declined to comment on the latest trip but sources at the museum reportedly told The Daily Mail that George was impressively knowledgeable about World War II. Perhaps his great-grandfather, the Duke of Edinburgh, who served in the Royal Navy at the time, has been helping the young prince with his homework?

Alongside museum visits, Kate has been keeping the young royals entertained with some of her favourite hobbies. George and Charlotte are enjoying the October half-term at their Anmer Hall home in Norfolk, where the royal family-of-five have been busy baking cupcakes to support the Royal British Legion's (RBL) annual Poppy Appeal. William, Kate and their young helpers took part in the RBL's 11/11 Challenge, where supporters are encouraged to fundraise by taking on a variety of activities around the number 11, by creating 11 delicious cupcakes covered with icing and tiny red poppies that were then delivered to an RBL care home in Norfolk.

More like this
Kate Middleton Wore The Ultimate '90s Power Suit
By Sam Ramsden
Gillian Anderson's New Netflix Drama Is *Nothing* Like 'Sex Education'
By Frances Stewart
Princess Diana’s Brother Shared A New Photo Connected To Her Childhood
By Darshita Goyal
Helena Bonham Carter Doesn't Think 'The Crown' “Should Carry On"
By Sam Ramsden
Get The Very Best Of Bustle/UK
Sign up for Bustle UK's twice-weekly newsletter, featuring the latest must-watch TV, moving personal stories, and expert advice on the hottest viral buys.