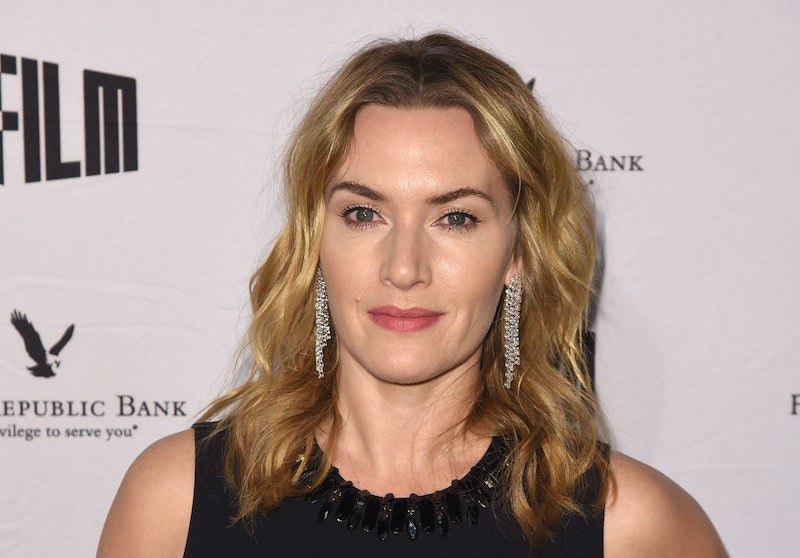 Kate Winslet has had enough of Hollywood’s homophobia. In a recent interview with The Sunday Times, the Titanic star spoke candidly about the many actors who fear coming out because of the impact it might have on their careers. “I cannot tell you the number of young actors I know — some well known, some starting out — who are terrified their sexuality will be revealed and that it will stand in the way of their being cast in straight roles,” Winslet said. “Now that’s f*cked up.”

Without naming names, the 45-year-old actor gave an example. “I’m telling you," she continued. "A well-known actor has just got an American agent and the agent said, ‘I understand you are bisexual. I wouldn’t publicise that.’ I can think of at least four actors absolutely hiding their sexuality. It’s painful. Because they fear being found out. And that’s what they say. ‘I don't want to be found out.’”

In recent years, many LGBTQ+ celebrities have revealed the pressure they’ve felt to conceal their sexuality. Bridgerton’s Jonathan Bailey, for example, recently said in an interview with Sir Ian McKellan for Attitude magazine that he had been discouraged from coming out by other gay men in the industry. “The most conservative conversations I’ve had about me being honest about my sexuality in this day and age have come from gay men in the industry, ‘oh no, you can’t come out, you shouldn’t really do that,’” he said.

Bailey is just one example. In 2015, Elliot Page — who came out as transgender late last year — told Variety that “there’s this narrative that people are attached to: You cannot come out because it’s going to hurt your career.” Actors Ezra Miller and Colton Haynes said in the past that they’ve experienced it, too. “I won’t specify [who told me not to come out],” Miller told Shortlist in 2017. Haynes, for his part, told SiriusXM that same year that he was “ literally told from the day that I moved to Los Angeles that I could not be gay because I wouldn't work.”

“It’s bad news,” Winslet told The Sunday Times, adding that the industry’s attempts at keeping this information private has been difficult for “men more than anything.” “Hollywood has to drop that dated crap of, ‘Can he play straight because, apparently, he’s gay?’” she continued. “That should be almost illegal. You would not believe how widespread it is. And it can't just be distilled to the question about gay actors playing gay parts. Because actors, in some cases, are choosing not to come out for personal reasons. And it's nobody's business. Perhaps privacy. Perhaps conditioning and shame.”

Winslet, who took on a lesbian role in Ammonite last year alongside Saoirse Ronan, added that there’s a separate conversation to be had about straight actors being cast as gay characters. “We could have had a conversation about how I feel about playing a lesbian and possibly taking that role from somebody," she said. "But I’m done with not being honest about what my real opinions are, and I know the part was never offered to anybody else. In taking this part I had an opportunity to bring an LGBTQ story into living rooms.”

Ultimately, though, Winslet believes that change will come when more people speak out in the way that she is. “I don't intend to browbeat or take on Hollywood,” she told the outlet. “We’re just talking about young actors who might be considering joining this profession, and finding a way to make it more open. For there to be less judgment, discrimination and homophobia.”