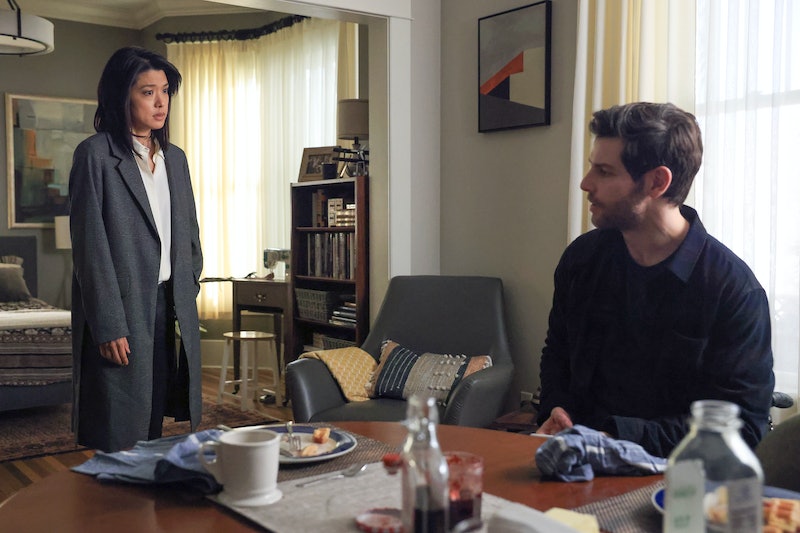 Spoilers ahead for A Million Little Things Season 3, Episode 12. This season of A Million Little Things started with Katherine and Eddie renewing their vows. Now, Katherine wants a divorce. She came to the decision during the May 5 episode after realizing that she couldn’t look at her husband the same way she once did — not solely because of his substance use, but because he’s continued to lie to her and she’s finally had enough.

“While others may be more understanding in the light of Eddie’s accident, his pain, and being physically paralyzed, for Katherine, she’s thrust into the past which she never really healed,” actor Grace Park explained to TV Insider. “The years of lies, drinking, lack of trust, and subsequent feelings of fear and lack of safety all come rushing back, and her feelings of fear and betrayal are unearthed again.”

Park added that Katherine was already stretched thin while caring for Eddie after his accident and working to support the family. Him going to rehab just escalated her stress. “While a healthier Katherine would have some hope and resilience, the current version has been running on fumes,” Park said. What could have been a “bump in the road” for the couple ended up threatening the relationship entirely.

Simply put, Katherine is fed up. Yes, she’s found a romantic connection with her lawyer friend Alan, but she also just doesn’t want to be with Eddie anymore. She knows that trying to make things work wouldn’t be fair to either of them, and now, she just wants to get through the divorce with their son Theo’s best interests at the forefront. He already blames his mom for not being more supportive of Eddie and for working a lot, so he’s apt to blame her for the divorce too. That’s why Katherine said she wants to go to counseling with Eddie — not to improve their marriage, but to figure out how to best help Theo.

Eddie didn’t put up much of a fight when Katherine asked for the divorce. He likely understands where she’s coming from. But at the same time, he doesn’t want to lose her, and he may take counseling as an opportunity to try to work on things before they break up completely. However, it seems unlikely that he’ll be able to woo Katherine back.

Actor David Giuntoli told TV Insider that playing Eddie made reading the scripts for this section of the season extra difficult. “As David Giuntoli the actor, it was devastating to watch Eddie and live as Eddie going through these steps and making all these mistakes because I have so much invested in him and Katherine and all they’ve worked for,” he said. “I will just say the next few episodes for David Giuntoli have been hard to read. There’s some real difficult moments.” The May 19 episode synopsis hints at some of those difficult moments, because we’ll see “Katherine and Eddie struggle to navigate the waters of their relationship.”

Katherine and Eddie have been on the precipice of divorce before. But though they got past it last time, Katherine’s had a lot of time to think about what she wants while Eddie’s been in rehab, and her mind is made up. As creator DJ Nash teased at the beginning of the season, everyone has a breaking point. “We’re seeing this couple tested yet again. Katherine seems to be understanding more than anyone else I’ve ever known, and we’ll see how much of it she can endure,” Nash said. Seems like she’s hit her max.