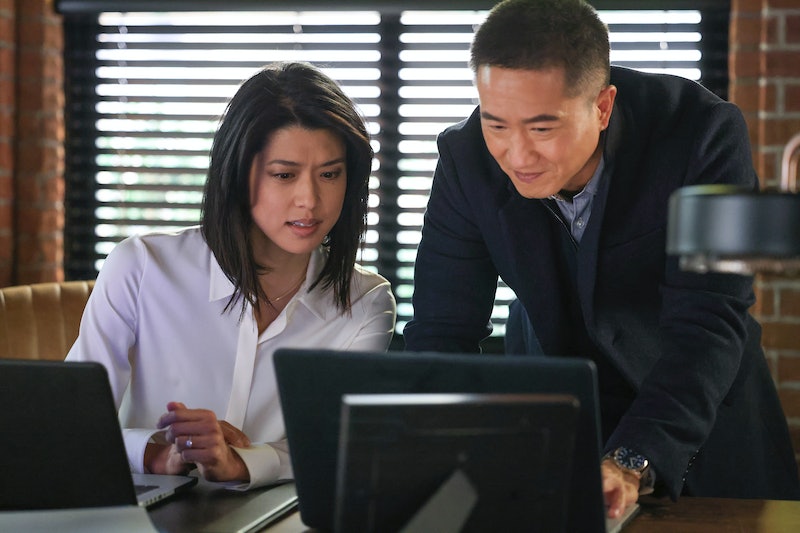 Spoilers ahead for A Million Little Things Season 3, Episode 11. Last week on A Million Little Things, Katherine kissed her lawyer friend Alan. She could’ve just chalked it up to a drunken lapse in judgment, but in the April 21 episode, she kissed Alan again — and this time she was completely sober. Now, as the two continue to get closer, it’s looking possible that Katherine will leave Eddie for Alan.

Katherine and Eddie have been through a lot, mostly due to Eddie’s substance misuse and his affair with Delilah. But they worked through all that and started Season 3 off by renewing their vows. However, it wasn’t long before Eddie was lying to his wife again — this time about taking pills. And while it may be understandable that — between his car accident and substance use disorder — Eddie is struggling, it’s equally understandable that Katherine may have had enough.

Now, it seems like she’s considering what life might be like if she were with Alan instead of Eddie. The two have a common interest as lawyers, and Alan has been the stable, helpful man that she’s needed to rely on. Soon, their few kisses could turn into a full-on affair. “She is definitely a hot mess, and having someone she can relate to and be available to her draws her in,” Grace Park, who plays Katherine, told TV Insider earlier this month. She also hinted that this period of time could be tough for Eddie and Katherine to come back from. “The years of lies, drinking, lack of trust, and subsequent feelings of fear and lack of safety all come rushing back, and her feelings of fear and betrayal are unearthed again,” Park said, adding that Katherine has been “running on fumes” ever since Eddie’s accident. This is just one more thing she’s having a hard time dealing with.

However, David Giuntoli, who plays Eddie, said in another TV Insider interview that he could see the two coming out stronger on the other side. “Katherine and Eddie have worked through a lot. We have a son who we love more than anything. They may be able to work through this too, I just can’t really say,” Giuntoli said. But any reconciliation won’t be soon. “I will just say the next few episodes for David Giuntoli have been hard to read. There’s some real difficult moments,” the actor said. And in those difficult moments, Katherine may continue to turn to Alan or her other friends. Basically, “Everyone except Eddie,” Park said.

That might be difficult for Eddie (and #Keddie ‘shippers) to watch play out, but Katherine has every right to want to find love and joy outside of this relationship if it’s no longer working for her. In a recent episode, Katherine’s mother tried to explain that Katherine’s father wasn’t perfect either, but Katherine seemed to resent the idea that she should continue to just learn to deal with each new devastating blow Eddie deals her. “Her mom having endured the Korean male behaviors and mindset, she’s trying to pass on the way of hardship,” Park said. “But with their differences, it’s received more as a sting with the undertone of ‘suck it up.’”

Katherine shouldn’t have to suck it up. Eddie may not be able to help his circumstances because of his illness, but that doesn’t mean Katherine has to suffer alongside him. She can love and support Eddie through his rehabilitation without having to stay married to him. As Gary reassured Katherine, “Nobody's gonna blame you if you've reached your limit.”