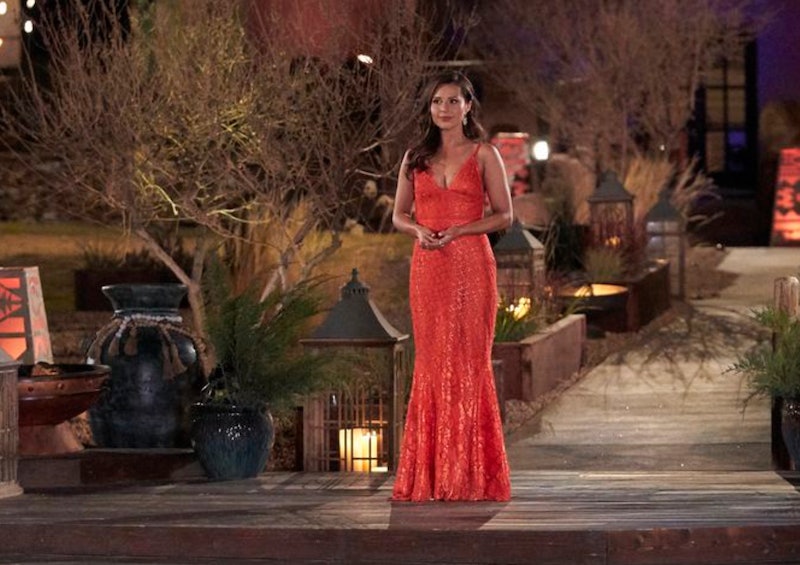 During an emotional date with her suitors in the June 21 episode of The Bachelorette, Katie Thurston revealed that she’s a sexual assault survivor.

"What I’m going to tell you, a lot of people actually don’t know, including my own mom. I know you see me today as this very sex positive woman, who’s very confident. She hasn’t always been here," Katie told the men after an exercise hosted by Nick Viall in which they were encouraged to share their own past difficult experiences. "Ten years ago, it was New Year’s Eve and I had been drinking. I was involved in a situation where there wasn’t consent, and that is not something I wish upon anybody."

Katie explained that she wasn’t originally planning to share the painful memory, but was moved by how open the men with her about their own experiences, including substance misuse, infidelity, and other personal struggles.

“I was in denial about what happened. So much so that I tried to form a relationship with him, because I didn’t want to believe what actually had happened,” she said. (Trying to connect with an assaulter is a common response among survivors, as it helps them to feel more in control of the situation and cope with the lack of control they felt during the assault).

“When that didn’t work out, for years I had a very unhealthy relationship with sex,” Katie continued. “It’s taken me a long time to get where I am now. And being open and comfortable talking about it, and loving myself, and accepting things that I can no longer control.”

Afterward, several members of Bachelor Nation took to Twitter to show their support for Katie. Season 21 Bachelor contestant Danielle Maltby wrote that it was “beautiful” to see the men be vulnerable and create a “safe space to share.”

Former Bachelorette and current co-host of Katie’s season Kaitlyn Bristowe also described the exchange as “beautiful.” “That was powerful. Thank you Katie for also sharing your story. Vulnerability creates connection,” she tweeted.

Meanwhile onscreen, the men tearfully thanked Katie for her honesty, and she said she felt “liberated” to have shared her story. “For a long time, I felt responsible for being too drunk, too irresponsible, too stupid,” she explained, alluding to feelings of shame and self-blame that often come after an assault. “But it’s not my fault. Because consent is important, and I did not give it that night.”