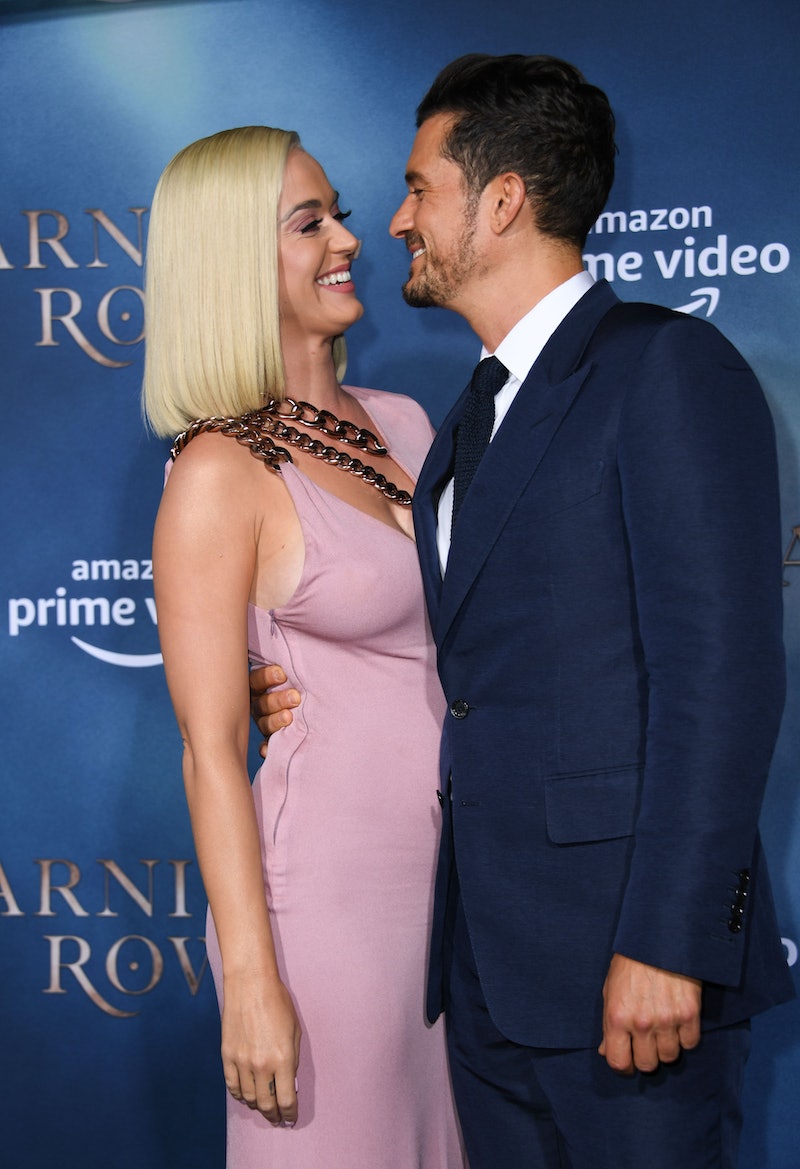 She announced her pregnancy back in March, and now, her daughter is here. Katy Perry and Orlando Bloom have welcomed their daughter, adorably named Daisy Dove Bloom. The UNICEF Goodwill Ambassadors are using this special moment to make an emotional appeal to help vulnerable expecting mothers and newborns across the world.

The announcement was made on behalf of the couple by UNICEF, complete with a black and white image of the new family holding hands. Daisy nail art features on Katy's thumb; a rather touching tribute to her daughter. Alongside the first picture of Daisy, her proud parents made a moving aid appeal.

"We are floating with love and wonder from the safe and healthy arrival of our daughter," reads the caption, "but we know we're the lucky ones and not everyone can have a birthing experience as peaceful as ours was." This is Perry's first child, and Bloom's second — he has a nine-year-old son from a previous relationship with Miranda Kerr.

Raising awareness of the shortage of health workers across the globe, they highlight that "every eleven seconds a pregnant woman or newborn dies, mostly from preventable causes." Through their appeal, donations will provide expecting mothers with a midwifery kit, soap, and clean water, ready-to-use therapeutic food, and PPE.

"Since COVID-19 many more newborn lives are at risk because of the increased lack of access to water, soap, vaccines and medicines that prevent diseases. As parents to a newborn, this breaks our hearts, as we emphasise with struggling parents now more than ever."

"By supporting them, you are supporting a safe start to life and reimagining a healthier world for every child. We hope your ♥️can bloom with generosity."

Donations can be made, as a one-off payment or on a monthly basis, via the UNICEF website and the page set up to celebrate DDB's arrival.

Bloom reposted the moving birth announcement on his own Instagram, where he and Perry received a flurry of celebratory messages from the likes of Millie Bobby Brown, Justin Theroux and more.