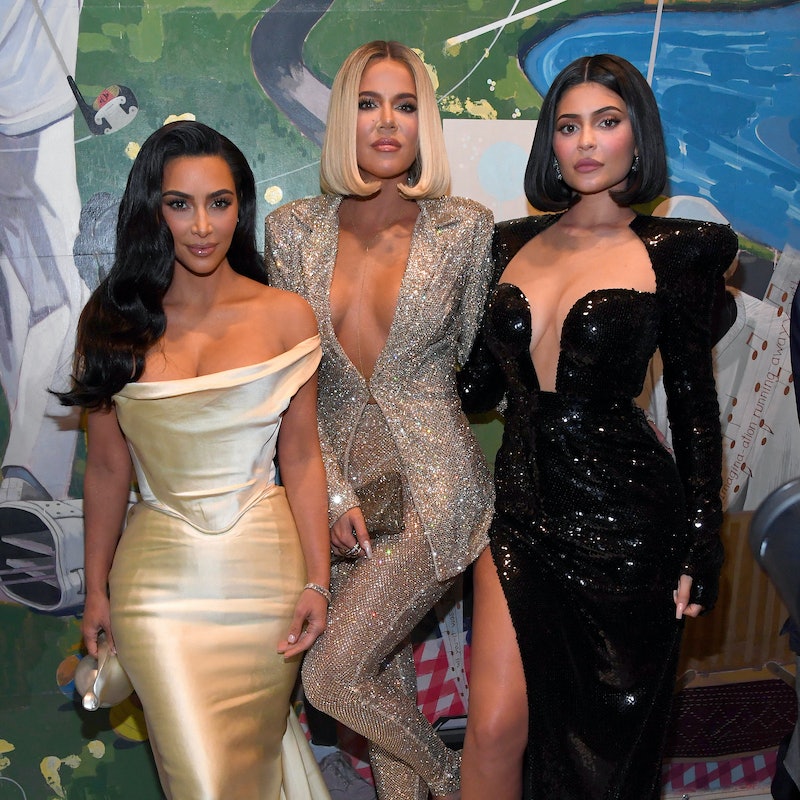 And just like that, a reality TV dynasty is no more. On Tuesday, Sept. 8, Kim Kardashian announced that Keeping Up With The Kardashians is ending after almost 15 years on the air. In a lengthy Instagram post, the reality star-turned-mogul wrote that the family "made the difficult decision" to end the show after Season 20, which she said will air sometime in early 2021.

Kardashian shared the news with a throwback photo to the famous family's first season — including her Season 1 opening credits outfit — and thanked viewers for their devotion over the years. "We are beyond grateful to all of you who've watched us for all of these years — through the good times, the bad times, the happiness, the tears, and the many relationships and children," she wrote. "We'll forever cherish the wonderful memories and countless people we've met along the way." Kardashian also thanked producer Ryan Seacrest and E! before noting how life-changing the show has been for her and her family. "Without Keeping Up With The Kardashians, I wouldn't be where I am today," she added. "This show made us who we are and I will be forever in debt to everyone who played a role in shaping our careers and changing our lives forever."

Though the Kardashian-Jenners didn't elaborate on what led to their decision to end the series, Season 18 featured growing tension between Khloé, Kourtney, and Kim. After Khloé and Kim accused Kourtney of not committing as much time and effort to the show as they did, Kourtney and Kim got into a physical altercation. Afterward, Kourtney explained that she was "disappointed" in herself for reaching the point of violence, but that she'd reached a breaking point. She later confirmed that she'd quit the show on Twitter, but didn't clarify if she'd left permanently or was simply taking a break.

“I have been filming the show non-stop for 14 years," Kourtney told Vogue Arabia in July. "I was feeling unfulfilled and it became a toxic environment for me to continue to have it occupy as much of my life as it was. Privacy is something I have come to value and finding that balance of private moments with being on a reality show is hard. People have this misconception that I don’t want to work, which isn’t true. I am following my happiness and putting my energy into that which makes me happy.”

Keeping Up with the Kardashians will return for its penultimate season on Sept. 17 after halting production in March amid the coronavirus pandemic.