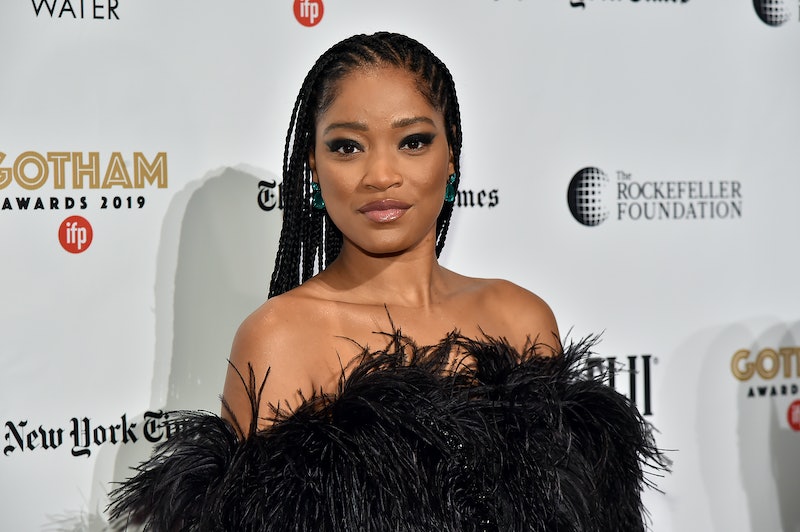 Some celebs like to share their whole lives with their fans, but not Keke Palmer — at least with regard to her dating life. Though there's been speculation that Palmer is dating the musician Styn from the group MAE SEVEN, don't expect her to confirm anything directly. Palmer is notoriously private about her romantic life.

"I don't really do relationship stuff online, mainly because I don't know how I would do it without looking, like, cheesy or something, you know?" she told Harper's Bazaar in March. "When it comes to romance, [posting about it] doesn’t really come naturally to me, so I feel like, why force it?"

Palmer has, however, been candid about being sexually fluid. The actor told Wendy Williams in 2017 that she loves "whoever loves me" regardless of gender. "Love is defined by the individual," she added. "I don't want to limit myself to one feeling or one idea of anything." Her only caveat? She tries to avoid dating other celebrities.

"I've always had the same philosophy when it comes to dating," she told Harper's Bazaar. “Not that I wouldn’t give someone a try. But trying to keep my private life outside of my work life, to me, it's easiest when you don’t date someone with the same career."

Technically Styn does have a similar career to Palmer, but he's not as well-known. According to CheatSheet, Palmer began leaving flirty comments on some of Styn's photos in March, leading fans to suspect the two were dating. In one comment, Palmer wrote "My baby" with a kissy emoji. In another, she teased him for taking a photo while wearing a jacket but no shirt. "You have to make a decision. Either your jacket is on or it’s off sir," she wrote. He replied, "What can I say... indecisiveness is a real thing honey." And Palmer answered, "Not with matters of the heart... Clearly."

Styn also posted a picture of him and Palmer riding bikes together in mid-August, though it's a pretty friendly shot. You'll have to keep your eyes on his comment section for any more clues.