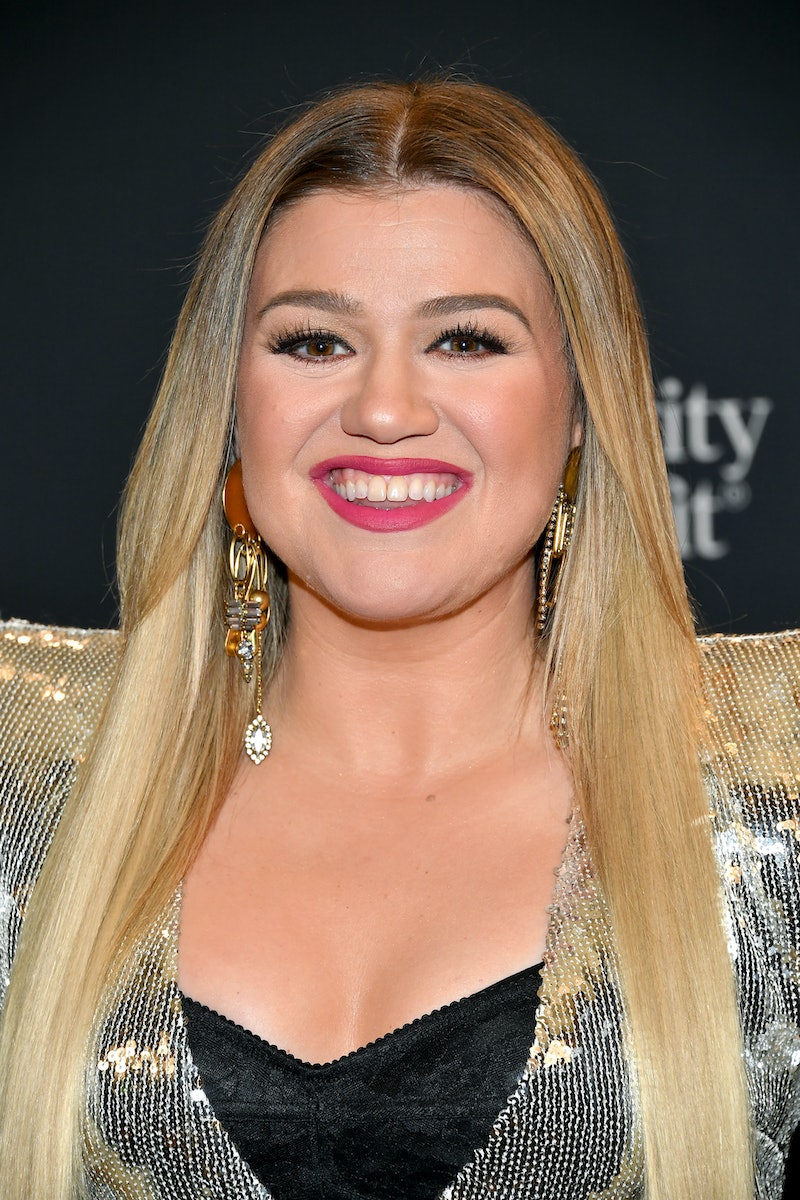 More than five months after announcing her divorce, Kelly Clarkson is involved in a legal battle with her estranged husband's dad. Clarkson's management company of 13 years, Starstruck Management Group — which is owned by Narvel Blackstock, the father of her ex, Brandon Blackstock — filed a lawsuit against the singer in September, claiming she owes more than $1.4 million in unpaid commissions, according to People. Now, the magazine reports Clarkson is fighting back with her own court filing.

People obtained an Oct. 20 labor petition in which Clarkson claimed that Starstruck Management Group violated the California Labor Code for "procuring, offering, promising, or attempting to procure employment or engagements" for her without first obtaining a talent agency license. The musician argued that any and all agreements — including their verbal contract in which she agreed to pay them 15% commission on her gross earnings — be "declared void and unenforceable." (The three-time Grammy winner reportedly already paid $1.9 million.)

In a statement to People, Starstruck's attorney Bryan Freedman claimed the petition "conveniently ignores the fact that Kelly had her own licensed talent agency [Creative Artists Agency] at all times." He added, "It is unfortunate that Kelly is again attempting to avoid paying commissions that are due and owing to Starstruck to try and achieve some perceived advantage in her ongoing custody and divorce proceedings." Meanwhile, Clarkson's rep did not respond to the magazine's comment request.

Clarkson, who claimed in the documents that Brandon and Narvel acted as unlicensed talent agents, also alleged violations of the Talent Agencies Act, including: failure to submit a written application for a license, failure to write a formal talent agency agreement with her, a demand for "unconscionable fees and compensation" from her for "illegal services," giving her false information in regards to their engagements, failure to deposit a $50,000 surety bond with the Labor Commissioner, failure to post a schedule of fees in their offices, failure to maintain proper records, and failure to post a copy of the Talent Agencies Act in their offices.

Clarkson, who filed for divorce from Brandon on June 4 after seven years of marriage, shares two children (River Rose, 6, and Remington Alexander, 4) with her ex. In September, the singer addressed the split on her talk show, The Kelly Clarkson Show, noting that 2020 brought a lot of changes, including to her personal life. While she "definitely didn't see anything coming that came," she told her audience that she was "OK." Her top priority was her kids, and she said that with both her and Brandon coming from divorced families, "we know the best thing here is to protect our children and their little hearts."

In October, Clarkson reiterated her commitment to watching out for her children. "There's a lot of hearts involved here," she told Entertainment Tonight, while promoting NBC's The Voice. "And you know, that's the thing that's been kind of hard to navigate is I am an open book, but at some point I'm a mama bear more than I am a person in the public eye. So, I care one hundred percent more about my children than I do anything else on this planet."

That being said, she added that no one was to blame for the split: "You know, it's just, divorce is a really shi*ty thing."

Given her approach to her divorce, it seems unlikely that she'll be very public about the lawsuit, either — except for perhaps in her music. Clarkson acknowledged on her talk show in September that "music's always been [her] outlet" and she might sing about certain topics she won't speak about.

More like this
Watch Kelly Clarkson Sing A Taylor Swift Breakup Song About A Toxic Relationship
By Alyssa Lapid
All The Best Celebrity Reactions At The 2023 Grammys
By Brad Witter
The Beyhive Is Mad At Harry Styles After Beyoncé’s Album Of The Year Snub
By Jake Viswanath
9 Photos Of Celebrity Couples & Unexpected Duos At The 2023 Grammys
By Jake Viswanath
Get Even More From Bustle — Sign Up For The Newsletter
From hair trends to relationship advice, our daily newsletter has everything you need to sound like a person who’s on TikTok, even if you aren’t.