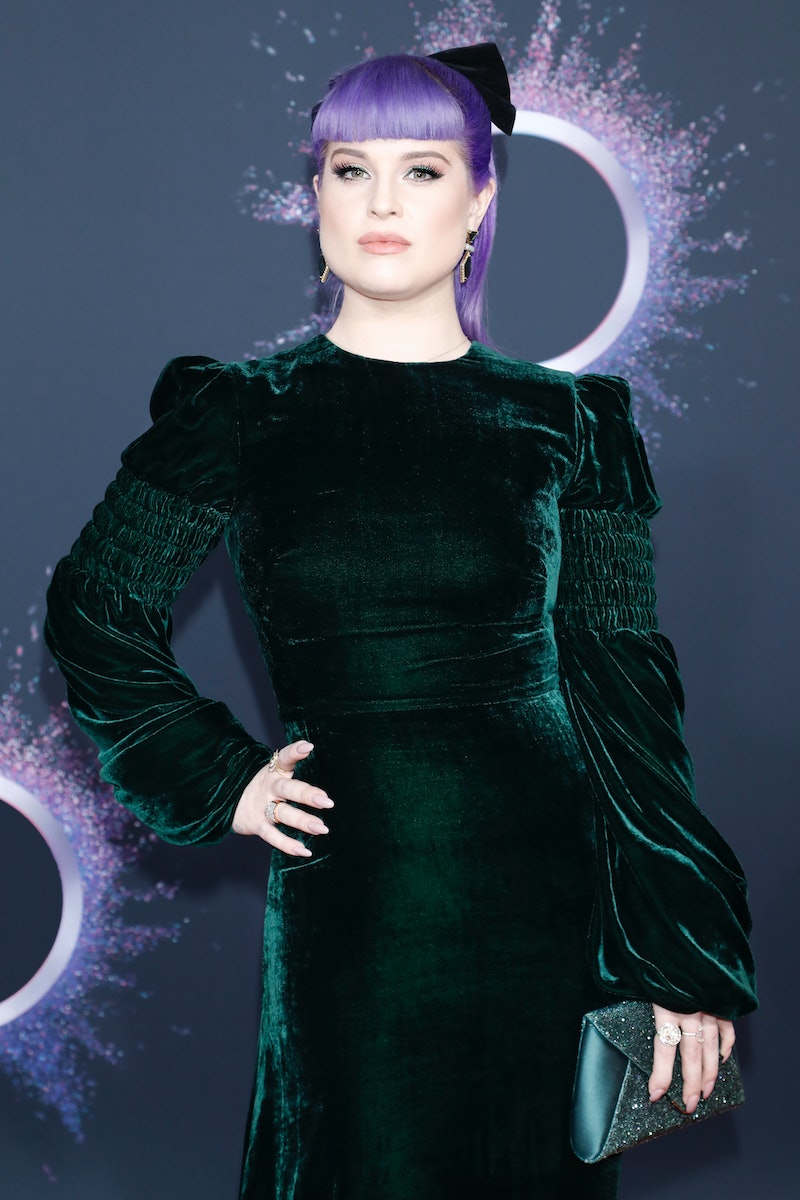 Not long after the TV personality revealed she was “deeply in love” with her DJ partner Sidney Wilson, Kelly Osbourne has now announced they’re embarking on parenthood together. Osbourne took to Instagram on May 13 with a two-gallery post, including a baby scan photo alongside a pout and one poolside. Part of the caption read, “I know that I have been very quiet these past few months…I am over the moon to announce that I am going to be a Mumma. To say that I am happy does not quite cut it. I am ecstatic!”

Meanwhile, her partner Wilson shared a photo of just the scan with a caption full of heart emojis. Osbourne’s mother Sharon also revealed she was thrilled with the announcement on the gram, with part of her caption reading “My [heart] could not be more full! So excited to share the beautiful journey ahead with you.”

Osbourne gushed about her current relationship back in February, with a dedicated Instagram post on Valentine's Day. The daughter of Ozzy and Sharon Osbourne posted a picture of her and Slipknot’s Sid Wilson sharing a cosy kiss, affirming their relationship is stronger than ever. According to People, the couple met on an Ozzfest tour in 1999 — a music festival founded by Kelly’s parents — and have remained friends ever since.

Addressing her beau, Kelly captioned the loved-up snap: “After 23 years of friendship, I can't believe where we have ended up. You are my best friend, my soulmate, and I am so deeply in love with you, Sidney George Wilson.”

Rumours about their romance began in mid-January when Osbourne posted two pictures of the duo canoodling on her Instagram stories. They were publicly seen holding hands for the first time in L.A this month, according to the Daily Mail. The 45-year-old DJ reposted the romantic Instagram picture, sharing a black and white version. Publicly declaring his affection, he wrote: There are not enough colours to display the palette of love I have for you in my heart. Happy Valentines Day, my love.”

The former Fashion Police co-host previously dated filmmaker Erik Bragg in October 2021, with their relationship lasting around a year. During an appearance on Red Table Talk in June 2021, Osbourne mentioned Bragg as a source of inspiration for her sobriety. The 37-year-old has been open about her struggles with addiction over the years.

After dating for a few months in 2008, Osbourne got engaged to British model Luke Worrall. Due to subsequent cheating scandals, the romance was called off. Years later, in 2013, upon meeting vegan chef Matthew Mosshart, Osbourne called off their engagement.

More like this
Tanya Burr Is Expecting A Baby With Her Mystery Partner
By Maxine Harrison
At 28, Emma Thompson Was Already A Star — But Unhappy In Love, Actually
By Olivia-Anne Cleary
Nicola Adams & Ella Baig Met In The Most Relatable Way
By Aoife Hanna and Maxine Harrison
Everything You Need To Know About Miss Vanjie’s New Dating Show
By Rachel Mantock
Get The Very Best Of Bustle/UK