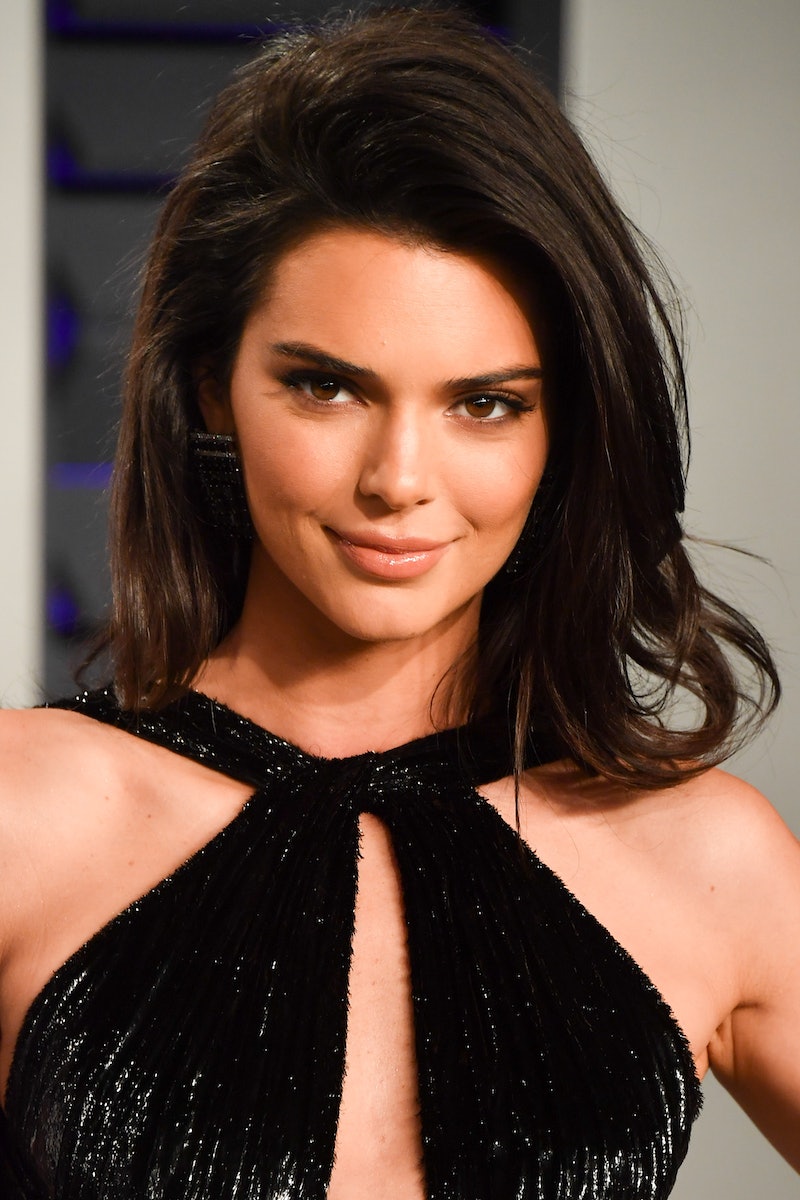 Despite being thousands of miles away, Kendall Jenner scored major girlfriend points after boyfriend Devin Booker won his first Olympic gold medal in Tokyo. While cameras inside the Saitama Super Arena filmed Booker celebrating on the court with his teammates, Jenner captured the moment on her TV screen, sharing the snap (along with a first place medal emoji) to her Instagram stories to show her pride. Booker helped the U.S. men’s national basketball team best France 87-82 in the Saturday, Aug. 7 gold medal game, scoring two free throws and playing a total of 22 minutes, per USA Basketball.

The final offered the U.S. men’s team redemption after losing to France 76-83 earlier in group play. In that game, Booker made his Olympic debut, playing 18 minutes and finishing with four points and three assists, according to SB Nation’s Bright Side of the Sun. His strongest showing, however, came in the semi-final, per Arizona Sports. Finishing with 20 points, he helped Team USA beat Australia for the chance to play for the gold.

With spectators largely banned at the Tokyo Games, Jenner wasn’t able to watch her love in person. That means she’ll have to wait till after he leaves Japan to see him and his medal. It won’t be her first time holding the iconic sports prize, though, given that dad Caitlyn Jenner won the decathlon at the 1976 Montreal Games.

Since the famously private couple of more than a year made their relationship Instagram official this past Valentine’s Day, Jenner has been one of the Phoenix Suns shooting guard’s biggest cheerleaders. Jenner sported an oversized Suns jacket during the team’s 2021 playoff run, expressing her pride after they earned a spot in the 2021 NBA Finals. “I’m not emotional, you are,” she wrote over a post-game video taken inside Los Angeles’ Staples Center. Jenner was also in attendance during the Suns’ finals series against the Milwaukee Bucks, and even had to remove her jacket because she “was jumping around so much and got hot,” according to an E! source.

The couple, who were first spotted together in April 2020 on a road trip from Los Angeles to Arizona, celebrated their one-year anniversary in June by sharing several PDA-filled photos to their respective Instagram stories. The snuggled-up pair played with a dog in one photo, while they shared a deep embrace in another. Booker also might have shared a peek at their waterfront anniversary celebration.

“[Kendall] is crazy about him. She has never looked happier. Her whole family loves Devin too,” a source told People just prior to the milestone. “Devin is such a cool guy. He is very low-key and doesn’t want to be a celebrity. He is very sweet to Kendall.”

Shortly afterward, Us Weekly reported that Booker had “practically moved in with Jenner,” with an insider explaining the reason behind their apparent compatibility. “They really respect each other’s careers and give each other space to focus on her modeling or his basketball career,” the insider explained in June. “That’s probably what makes their relationship work so well is that they have that work-life balance.”

On top of that mutual respect, it’s clear they are vocal supporters of each other’s successes, too.