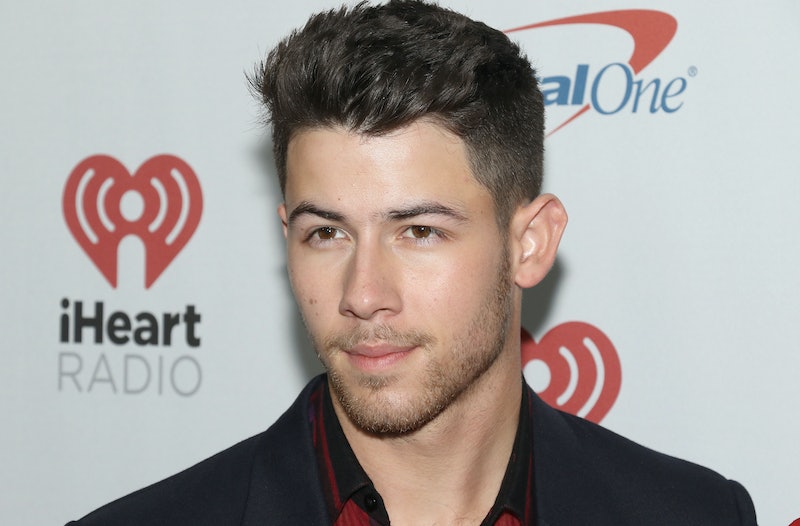 There was a surprise celebrity cameo during Nick Jonas' Saturday Night Live monologue, and the guest had some important questions for the show's host. Nick's brother Kevin Jonas was in the studio audience not only to cheer his brother on, but also to make sure the Jonas Brothers band was still a thing. "Are we good 'cause I see you're doing a lot of solo stuff," Kevin said. "Are we still a band?" Nick assured him that of course they were. But Kevin wanted even more reassurance. "Are you sure? 'Cause, like, I just bought a house," he said. Nick replied, "Kevin, the band is still together. I promise."

Not only was this reassuring information for new homeowner Kevin Jonas, but to all the Jonas Brothers' fans. After they broke up once and got back together, fans don't ever want to see them split up again. And Nick has been doing a lot of solo projects lately, so it was a fair concern. In addition to hosting and performing on SNL, he's coaching on the new season of The Voice, and he's dropping a new solo album called Spaceman on March 12. But as Nick reassured Kevin (and us), he can do it all — be in the Jonas Brothers and be a solo artist.

Kevin's appearance was the highlight of Nick's monologue, but hearing Nick sing a rendition of "Drink With Me" from Les Misérables as a tribute to Broadway was also pretty great. The only thing that would have really put it over the top would have been an appearance by Joe Jonas too. But rest assured that all three brothers will be reunited soon, because the band's not going anywhere.

More like this
Keke Palmer Just Announced She's "Going To Be A Mom" On 'SNL'
By Brad Witter
The 'Kenan & Kel' Reunion On 'SNL' Took A Dramatic Turn, Thanks To Keke Palmer
By Brad Witter
Who Is Pete Davidson Dating? He "Courted" Emily Ratajkowski At A Knicks Game
By Jake Viswanath
Owen Warner's Net Worth Might Surprise 'I'm A Celeb' Fans
By Sam Ramsden
Get Even More From Bustle — Sign Up For The Newsletter