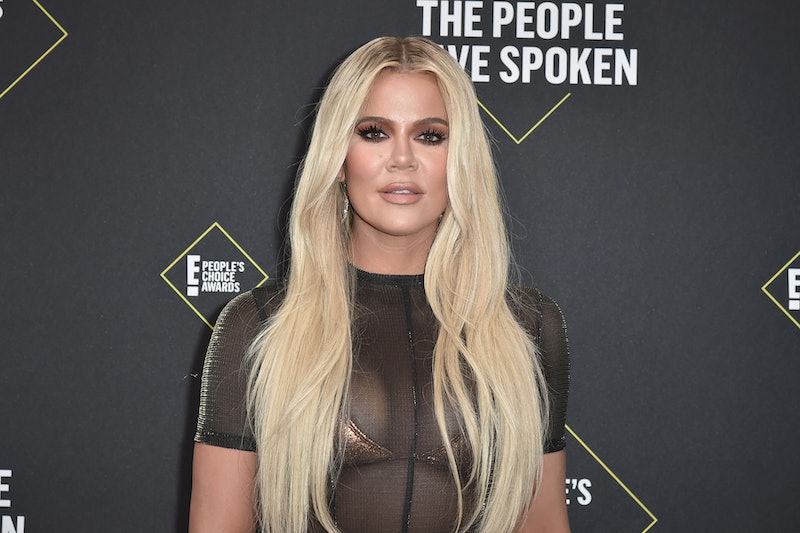 The next generation of Kardashians is following in their family’s footsteps. Khloé Kardashian’s daughter, True Thompson, got her makeup done by Chicago West, and the two already seem to love beauty and fashion as much as their famous moms. On Saturday, March 20, Kardashian posted a video on her Instagram story of True and her sister Kim’s daughter Chicago sitting at their own makeup mirror. As True got ready, Chicago helped her apply KKW lipstick.

The two children, who are only three months apart in age, also continued their playdate afterward, as seen on Kardashian’s Instagram story. Chicago and True scootered around the yard together, still wearing their makeup looks from earlier in the day. True, who will turn 3 in April, is part of the Kardashian-Jenner “triplets,” along with Kylie Jenner’s daughter, Stormi Webster, and Chicago; the three are born just a few months apart.

Kardashian often posts photos of True hanging out with her cousins. In January, the Good American co-founder posted a selfie with True and Dream Kardashian on Instagram, showing how close her little girl is to brother Rob’s daughter as well. In October, Kardashian posted a sweet portrait of True with Kourtney’s daughter Penelope on Instagram, writing, “All Smiles.” Earlier that month, the Kardashian children prepared for Halloween together, with Khloé sharing photos of True from a pumpkin carving event with Psalm and Chicago West.

True and Chicago aren’t the only mini Kardashian daughters to show an early interest in fashion, either. In 2019, Kim described older daughter North West as the “ultimate fashionista” during a trip to Japan, saying, “She comes with me to fabric stores and picks out what she likes and for our Japan trip I let her style herself. ... She loves it. She’s having fun and I am so happy she’s so expressive.”

Kardashian also seems to be sharing a love for clothes and fashion with True. In November, the reality star posted a photo of True posing on Instagram, writing, “The world is your runway TuTu!!! You bettttaaaaa!” The mother-daughter duo often wears matching outfits as well. On New Year’s Eve, she posted a photo of their matching silver dresses on Instagram, writing, “Party for two!!” Kardashian also shared a photo with her daughter in the same pajama set in January, writing, “Sweet Dreams.”