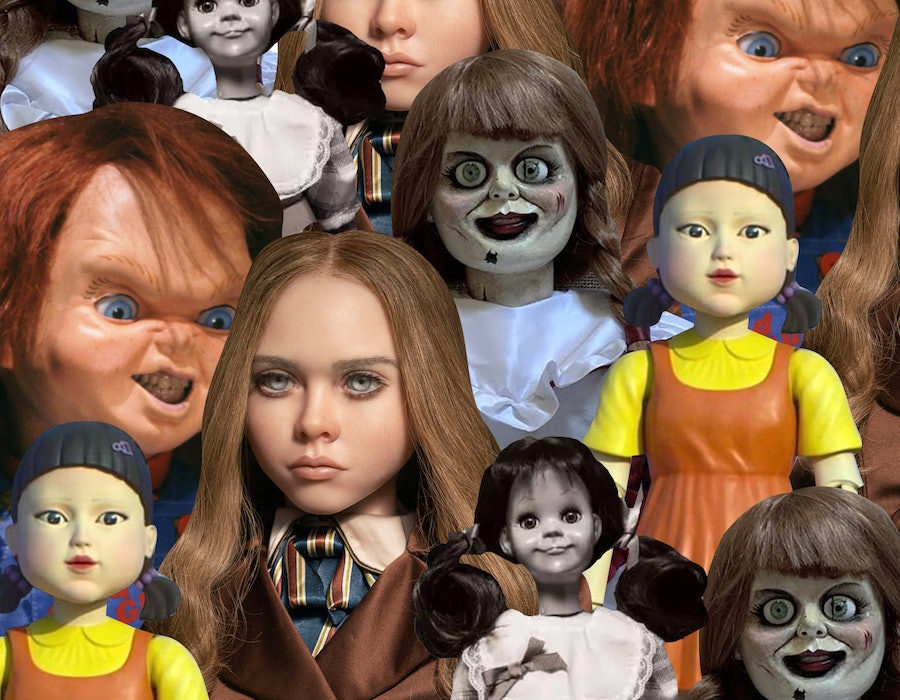 Congratulations! If you’re reading this, you’ve walked through the valley of the shadow of death and emerged enlightened; you know your time is coming to an end, and you’ve made peace with that inevitability. Now, all you want is to go out with a bang, and you’ve landed on the best possible method: Death by Killer Doll.

Death by Killer Doll is, in a word, exquisite. Here you are, a silly little person who’s probably had a fairly boring life. And there they are: The stuff of childhood nightmares; the toys that really do come alive at night. To die at their feet is at once horrifying and absurd: You have been defeated by a toddler’s plaything, pulverized by something only a fraction of your size. Horrifying and absurd, just like life! This, my good people, is art of the highest order. And naturally, it’s only sought out by the most discerning clientele.

Listen, Chucky’s... fine. He has name recognition, and his highlight reel is undeniably impressive. That’s what happens when you’re in the game for so long, and Chucky’s been around the block, to say the least — this little ginger dolly has been stabbing his way through Hollywood since 1988. I guess what I’m saying is, at this point, Chucky’s just a little past his prime. He probably uses Cameo to book his murders.

Annabelle is also pretty well-known at this point, but she’s not yet as passé as Chucky, and she also has the whole “derelict, found-in-the-attic freak” thing going for her — real “Oy, Mista! You Me Dad?” vibes. She, like all of us, is haunted by the past, so if you’re trying to make some sort of statement about trauma with your final act, she’s not a bad choice.

This ingenue became an overnight star after her debut role in Squid Game, and it’s not hard to see why. The unnamed giantess is an absolute scene stealer, a consummate killing machine in knee-high socks and saddle shoes. Any of us would be lucky to die while gazing up at her towering, pigtailed physique, our brains pierced by her bullets as her nursery rhyme echoes in our ears.

That said, you’d definitely want to make sure Squid Game doesn’t have her under an exclusive contract. It’d be pretty lame to go out at the same time as dozens of other green-suited competitors — and if you’re seeking Death by Killer Doll, you’re not looking for lame.

Talky Tina, best known for her work in the Twilight Zone episode “Living Doll,” is what you might call “a killer doll’s killer doll.” She easily could’ve become a household name, capitalizing on her early success in 1963 and playing increasingly derivative spins on her one beloved role. Instead, she’s chosen to stay under the radar, refusing to compromise her art in exchange for money or fame. In a word, she’s cool, and if she kills you, you too will become cool by association.

The other fun thing about Talky Tina is that she comes from the American Girl school of doll design, what with her plaid dress, lace neckline, and cute-as-a-button bows. And since there’s no way in hell that American Girl would permit one of their historical girlies to get involved in something as downmarket as murder, booking Talky Tina is the closest you can get to being run over by Felicity’s horse.

Finally, we have arrived at the woman of the hour. She is beautiful. She is strong. She is the Moment. She is M3GAN.

You just can’t do better than our TikTok dancing queen. She has it all: an outfit fit for a Gossip Girl queen bee, a face inspired by an Instagram filter, a range of motion unknown to all but the most majestic owl. She knows that she is better than you, and you know it, too. To be dispatched by M3GAN’s tiny hand is, truly, the dream — if this young starlet can find the time in her busy schedule, that is. Be prepared to call in every last favor to get her, and to thank your lucky stars when you see her twirling toward you.

More like this
At 28, Rosie Perez Risked Her Career To Stop Playing Stereotypes
By Gabrielle Bondi
Andie From 'How To Lose A Guy In 10 Days' Is A Total Gemini
By Nina Kahn
At 28, Debra Jo Rupp Was Living A Much Different '70s Show
By Grace Wehniainen
'That '90s Show' Star Callie Haverda Got Advice From Mila Kunis & Ashton Kutcher
By Brad Witter
Get Even More From Bustle — Sign Up For The Newsletter
From hair trends to relationship advice, our daily newsletter has everything you need to sound like a person who’s on TikTok, even if you aren’t.