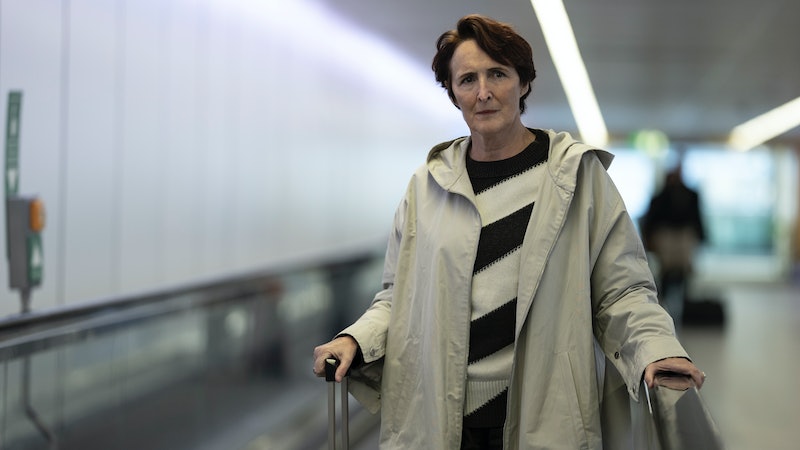 After four seasons of cat-and-mouse between one of TV’s most ill-fated will they, won’t they couples, Killing Eve is coming to an end after its Season 4 finale on April 10. AMC and BBC made the announcement in March 2021, noting that the decision came from the show’s creative team and was not related to the Amazon deal original series creator Phoebe Waller-Bridge — who departed as showrunner after Season 1 but remained an executive producer — inked in 2019.

“Killing Eve exploded in popular culture and attracted a dedicated and committed fan base from its very first episode,” Dan McDermott, president of original programming for AMC Networks, said in a statement per The Hollywood Reporter. “Phoebe Waller-Bridge’s brilliant adaptation of the source material, the unforgettable characters given life by Sandra Oh and Jodie Comer, and the entire cast, along with our partners at Sid Gentle Films, have delivered a one-of-a-kind roller-coaster ride that has taken our breath away.”

That doesn’t mean fans have seen the last of Eve (Oh), Villanelle (Comer), or the rest of the characters who populated the series’ world, though. McDermott also revealed that AMC is working closely with Killing Eve producers Sid Gentle Films to produce potential spinoffs to expand the show. “We look forward to what is sure to be an unforgettable final season and to exploring potential extensions of this compelling universe,” McDermott said.

Indeed, just days before the Killing Eve series finale, it was announced that BBC and AMC are working on a spinoff looking into the early life of MI6 head Carolyn Mertens (Fiona Shaw). According to Deadline, the project has not yet been given the official greenlight and is still in the early stages of development. A timeline nor any further details have been shared.

In the meantime, the stars of Killing Eve seem content with where the story is ending. “It feels bittersweet to be shooting the final season but I’m also a big believer in leaving something while it’s good,” Comer said in a featurette ahead of the final season’s premiere. Shaw echoed Comer’s feelings, calling it “incredibly sad” that Killing Eve has reached its conclusion. “I’ve been in some wonderful shows in my life, but in the end, it’s only a handful that you really miss. And this is going to be one of them,” she said. As for titular Eve, Oh said: “It’s been a tremendous gift to be able to, as I’m changing as a person, to put it in the work.”

Oh will next voice a character in the live-action film adaptation of Laurence Yep’s beloved 2003 children’s novel The Tiger's Apprentice, while Comer is set to star in the upcoming HBO drama Big Swiss. The show is based on Jen Beagin’s upcoming book of the same name and centers around a woman (Comer) who begins anonymously transcribing sex therapy sessions and becomes fixated on one of the patients, leading to an obsessive relationship between the two. Sounds a lot like Killing Eve, no?

More like this
'Who Killed Sara?' Won’t Return For Season 4
By Brad Witter
Everything To Know About Marvel's 'Echo' Series On Disney+
By Grace Wehniainen
The Grey's Anatomy Season 18 Finale Finally Revealed If Japril Got Back Together
By Brad Witter
Two Iconic ‘00s Doctor Who Stars Are Returning To The Series
By Shahed Ezaydi
Get Even More From Bustle — Sign Up For The Newsletter