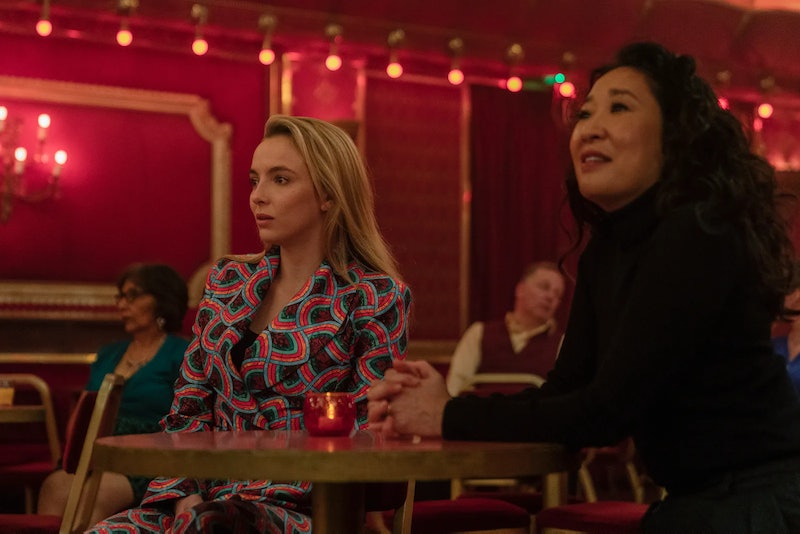 Eve and Villanelle’s rollercoaster ride is about to come to a halt, but not without taking one more huge dive into chaos. BBC America’s hit show Killing Eve will end with its upcoming fourth season, the network announced on Tuesday, March 16. Thankfully, though, the network is also looking to expand the Killing Eve universe.

Alongside the final season news, AMC Networks revealed that it is currently working with Killing Eve producer Sid Gentle Films Ltd. to “develop a number of potential spinoff ideas to extend the show’s iconic universe.” No spinoff projects have been announced, but it does mean you may not have to say goodbye to Sandra Oh and Jodie Comer’s Emmy-nominated characters for good.

In a statement to TVLine, Oh called Killing Eve “one of my greatest experiences” of her career. “I look forward to diving back into Eve’s remarkable mind soon,” she said. “I’m so grateful for all cast and crew who have brought our story to life and to the fans who have joined us and will be back for our exciting and unpredictable fourth and final season.” Comer also joined in to thank fans who have supported the show and promised a satisfying finale. “Killing Eve has been the most extraordinary journey and one that I will be forever grateful for,” she said. “Although all good things come to an end, it’s not over yet. We aim to make this one to remember!”

No plot details for the final season have been revealed, of course, but if the Season 3 finale was any indication, Eve and Villanelle have a better chance of a happy ending than ever before. Laura Neal will be the show’s final lead writer, continuing the tradition of bringing in a new female lead writer and showrunner every season. Neal follows executive producer and Fleabag creator Phoebe Waller-Bridge, Oscar-nominated Promising Young Woman director Emerald Fennell, and Fear the Walking Dead writer Suzanne Heathcote.

However, it’s not known whether the production of the final season will address the show’s writing staff, which received huge backlash after writer Kayleigh Llewellyn celebrated “the final day of the Killing Eve writers room” and posted a photo of their Zoom meeting on Twitter, revealing everyone in the room was white. Producer Sally Woodward Gentle responded to the criticism in a virtual panel, acknowledging that “a show like Killing Eve should be able to do better” in terms of racial diversity. “We’re really aware of that and I take full responsibility for it,” she said. “You look at that room and it’s full of brilliant female writers, we’ve got a really strong LGBTQ contingent, but it’s not good enough and we need to do better.”

Production on Killing Eve’s eight-episode fourth season is set to begin in the United Kingdom this summer, after shooting was delayed last year due to the COVID-19 pandemic. The final season will premiere on an unannounced date in 2022.