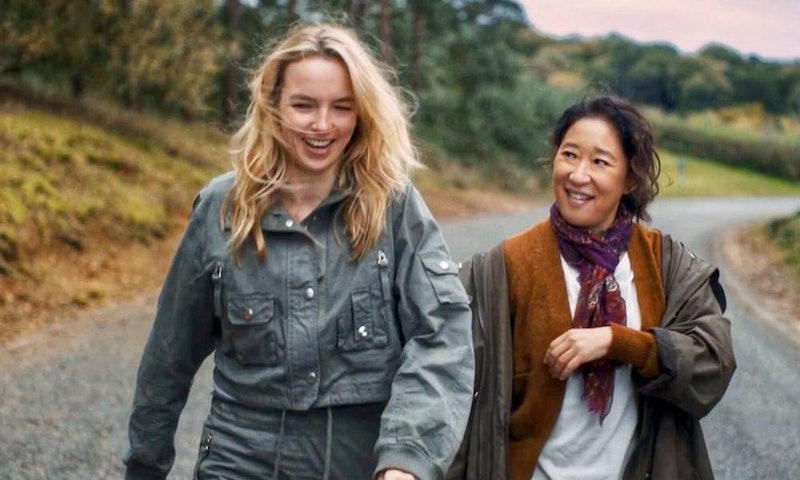 It was always going to be a hot talking point, but many of the reactions to Killing Eve’s finale are passionate, to say the least. After four seasons of building tension, some felt the departing episode lacked authenticity and originality. However, there has been praise for the lead cast’s performances, so that’s something. Finally united as a couple, Villanelle (Jodie Comer) and Eve (Sandra Oh) embarked on a road trip. Villanelle took down the last of The Twelve (or so she thought) during a wedding on the Thames, but as she embraced Eve on the ferry deck, a gunshot was fired. Villanelle was killed, while Eve survived. Carolyn (Fiona Shaw) watched from afar, stoic as ever.

Unsurprisingly, fans headed straight to Twitter to air their reactions to the show. One social media user called out Killing Eve’s head writer and producer: “Did Laura Neal really not even think about how badly she wrote the ending for Villanelle? An entire fandom was devastated by this woman's writing.”

Another claimed that “Jodie Comer was trying to warn us” in a past interview. “I don’t know how I feel about the ending, truth be told,” she told the New York Times in February. One fan posted a page of detailed questions for the writers. “I’m doing this for my own therapy,” they said.

Elsewhere, fans looked back at the heartbreak foreshadowing in previous episodes. Others alluded to the irony of a relatable, queer lead meeting a gruesome end “again”. Asking, “Haven't we suffered enough?” While one fan urged viewers to not forget a devastated Eve in the Villanelle hype.

Fans also pointed out holes in the tarot card reading scene. The Sun card is meant to be positive. On a lighter note, other tweets zoomed in on the witty, comedic relief moments. Or the obvious happiness between Villanelle and Eve during *that* kiss.

They end up happily married in the book, at least.

Below, see how fans have reacted to Killing Eve’s final bow.

More like this
Twitter Is Burning As Phoebe Dynevor Reveals Daphne’s 'Bridgerton' Exit
By Sophie McEvoy
'Brookside' Is Coming Back & Soap Opera Fans Are Going Wild
By Sam Ramsden
Helena Bonham Carter Doesn't Think 'The Crown' “Should Carry On"
By Sam Ramsden
Everything To Know About The 'Daisy Jones & The Six' TV Series
By Maxine Harrison and Brad Witter
Get The Very Best Of Bustle/UK
Sign up for Bustle UK's twice-weekly newsletter, featuring the latest must-watch TV, moving personal stories, and expert advice on the hottest viral buys.