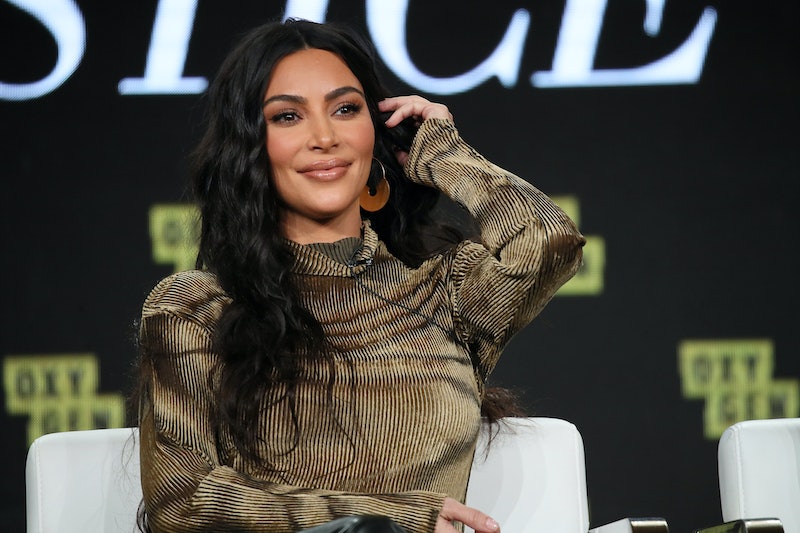 Keeping Up With the Kardashians is ending in 2021 after 20 glorious, emotional, and dramatic seasons of the family's triumphant highs and drastic lows. However, this doesn't mean that the Kardashians will never return to reality TV again. In fact, Kim Kardashian's new comments on the end of KUWTK leaves the door open for a potential revival down the line.

In a new interview with Grazia, Kardashian opened up about why her family decided to end the long-running reality show. "This was a dream of all of ours," she said. "We never imagined we would get on to Season 2. Now we're on 20. Sometimes we just need a break. It's really simple. We just need a minute to regroup." She explained that they hadn't taken a break "for 14 years" due to their very busy schedules, both onscreen and off. "We’ve gone in filming a season, then a spin-off, and I think there’s no other way to say it other than, we just live such big lives," she expanded.

She continued, also attributing their decision to the fact that she and most of her siblings, excluding Kendall Jenner, now have young children to worry about, which wasn't the case when they first started the show back in 2005. "We have kids now. And they need us," she said. "There’s so much going on that, even just for a minute, we need a break."

Given how Kardashian insisted that her family simply needed a "break," it's not out of the question that a revival could happen in the future, especially given how devastated they were when they had to tell their longtime crew KUWTK was ending. The SKIMS founder even told the outlet that the family's meeting with the crew was "the most emotional" day. "I think I was crying all weekend," she remarked. Matriarch Kris Jenner also told Ryan Seacrest in a Sept. 10 interview that the family "were all crying."

Seacrest, an executive producer of KUWTK, also speculated about the possibility of future spin-offs after the show ends. "I don't know the answer to that," he admitted to Entertainment Tonight in September. "We have not crossed that bridge yet. I do know that the family is so grateful for having the opportunity at E! and having people ride along with them through relationships, and pregnancies, and separations, and breakups."

In the meantime, the family plans to end KUWTK with a bang. Kardashian revealed that the final season, currently filming, will include additional episodes and a "grand" season finale which will likely make you just as emotional as them. However, they haven't shot their final on-camera interviews just yet. "Can you imagine?," she asked. "I’m going to be crying the whole time."