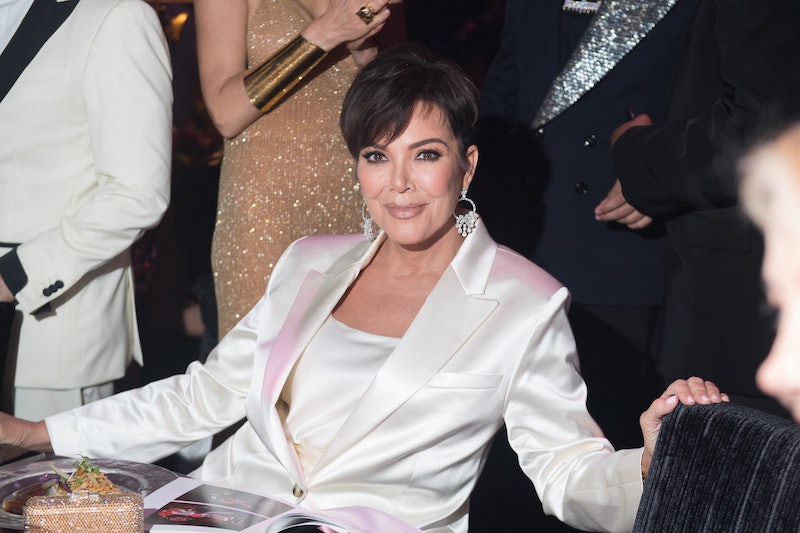 For over a decade the Keeping Up With the Kardashians has chronicled the family's most dramatic moments — but it turns out that their most recent decision wasn't motivated by drama at all. During a new interview with Ryan Seacrest, Kris Jenner revealed the real reason why Keeping Up With the Kardashians is ending in 2021, after 20 seasons of their reality TV dynasty. The Kardashian-Jenner matriarch revealed that while the decision "really hasn't" sunk in yet, she and the rest of the family felt that it was just the "right time" to stop filming the series.

"I think the number 20 — well it used to sound good until 2020 — but the number 20, it just seemed like the right time," Jenner explained, adding that the entire family is deeply "grateful" for everything the show has given them over the years. "I think for us to take a minute and breathe and everybody slow down a bit. Not slow down professionally, but just you know figure out what our next steps are. We've had such an amazing run and so grateful for every single moment and everyone we work with."

Jenner's statements echo those shared by Kim Kardashian on September 8, when the KKW Beauty founder announced that the Kardashian-Jenner family "made the difficult decision" to end KUWTK after Season 20 on Instagram. (Jenner and other members of the famous family shared the same statement on their own social media accounts as well.) "We are beyond grateful to all of you who've watched us for all of these years — through the good times, the bad times, the happiness, the tears, and the many relationships and children," Kardashian wrote. "We'll forever cherish the wonderful memories and countless people we've met along the way."

Despite deciding that it was time to end the show, Jenner told Seacrest that the family was feeling particularly "emotional" over saying goodbye. "We had to tell the crew yesterday, so we were all crying," she revealed. "But I think Khloé [Kardashian] …is probably the one who is taking it the hardest and really hasn't stopped crying since we announced. She's been so sweet and just emotional about it."

Shortly after they first shared the news, a source told Entertainment Tonight that the Kardashian-Jenner family made a "mutual decision" to stop filming. "There was no big reason why the family decided to end KUWTK," the source told the outlet. "The kids who started the show now have their own kids and it’s getting very hard to film all together or get enough footage separately." The source added that they "wanted time to focus more on their family and future projects and the show is a major job that takes up a lot of time."

Paris Hilton, who has been a longtime friend of the Kardashian-Jenner family, shared her own theory about why the famous family decided to end KUWTK with ET on September 9. "They have huge business empires. I am sure they want to spend their time doing that and being with [their] families," Hilton said, referencing her own fatigue over filming The Simple Life in the early 2000s. "And after 20 seasons, I think they are ready to just live their life and not be on camera every second."

The tension between the family's filming schedule and their desire for privacy has blossomed into a major source of conflict in recent years. In March 2020, Kourtney Kardashian revealed on Twitter that she had quit the show, and explained to Vogue Arabia four months later that she wanted to share less of her life on camera. "I have been filming the show non-stop for 14 years," she said in July. "I was feeling unfulfilled and it became a toxic environment for me to continue to have it occupy as much of my life as it was. Privacy is something I have come to value and finding that balance of private moments with being on a reality show is hard."