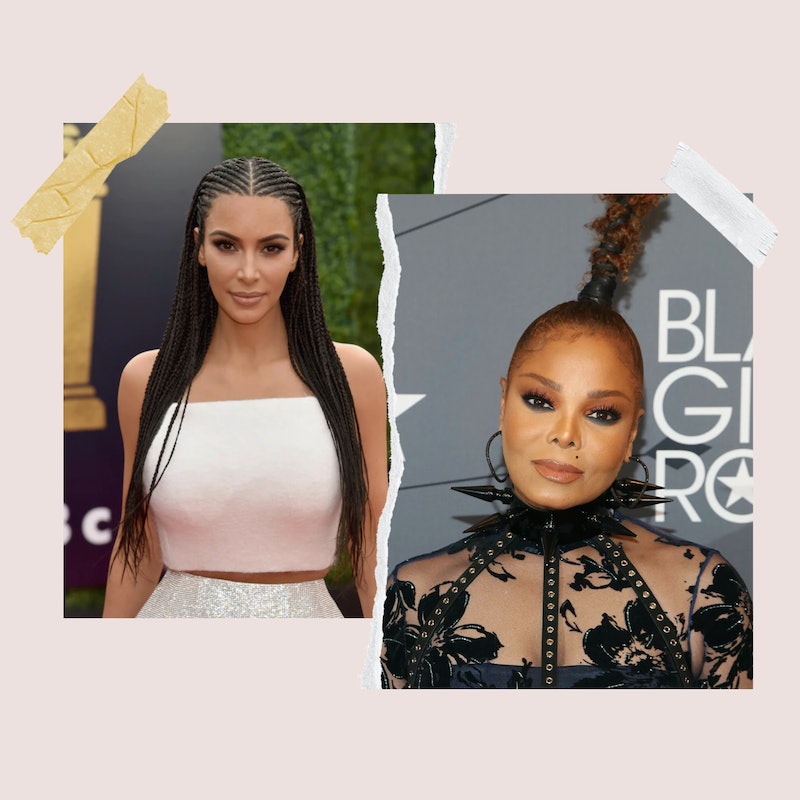 The Kardashians may be considered by many to be the U.S. equivalent of the royal family, but they actually look up to an even more famous family: the Jacksons. Kim Kardashian bought one of Janet Jackson’s most iconic outfits for $25,000 — an extravagance to us, but a mere little check for the reality star and business mogul, who just hit Forbes-official billionaire status.

Kardashian revealed that she bought Jackson’s custom crop top and pants from the 1993 “If” video to commemorate the singer’s 55th birthday. “Happy birthday queen!” she wrote on her Instagram Story on May 16, sharing a clip of Jackson dancing in the music video and a photo of the outfit. “For @janetjackson's bday bc I'm such a fan I can’t believe I won this on juliens_auctions.” According to the auction holder, the ensemble sold for a whopping $25,000.

Many of Jackson’s iconic outfits and childhood keepsakes went up for auction over the weekend to celebrate her birthday, with proceeds going to Compassion International, which focuses on helping children in need. “Can’t believe this will be the last time I’ll see some of these items, but it’s for a good cause,” the singer wrote on Twitter about the three-day auction. While it may have been hard to depart with these historical mementos, Jackson was grateful to Kardashian for the love. "Thank u so much @kimkardashian!” she wrote on her own Instagram Story. “I hope ‘IF’ gives u as much pleasure as it did me.”

Oddly enough, this is not the first time that Kardashian has collected a huge piece of Jackson family history, as she’s also in possession of two iconic items worn by Jackson’s late brother Michael. In 2017, she and now-estranged husband Kanye West bought the white fedora hat he wore in the “Smooth Criminal” video for their then 6-year-old daughter North. “It still has his makeup on it,” she revealed on Instagram Story, posting a photo of the hat, which had Michael’s name stitched on the inside brim.

They also bought North a one-of-a-kind velvet jacket that Michael once wore when he went out with Elizabeth Taylor. Just like Jackson’s “If” outfit, Kardashian won it in an auction. “North is a really big Michael Jackson fan,” she said at the time. “We knew she would love this.” Clearly, the love extends across both families.