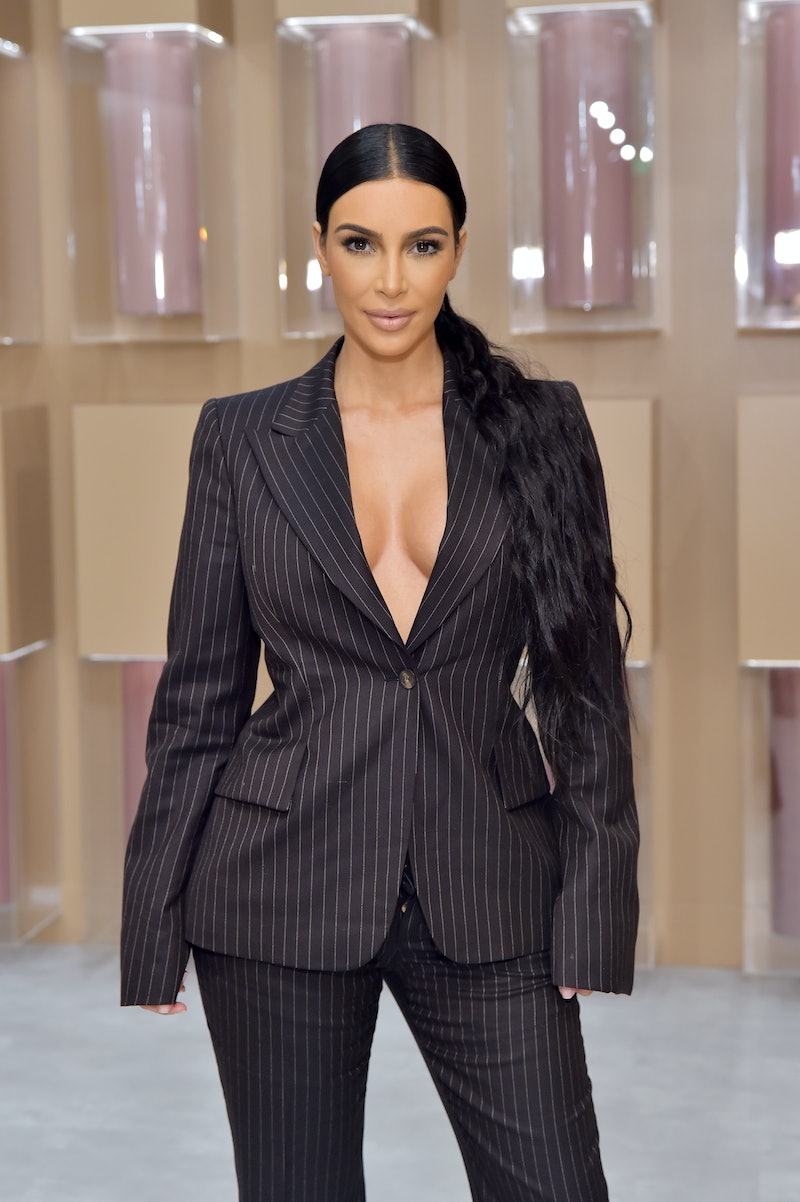 KKW Beauty is getting a makeover. On Tuesday, July 6, Kim Kardashian announced that her cosmetics company will shut down its online operations later this summer. “It all started with a contour kit and expanded to eyes, lips, body, and many incredible collections over the past four years,” she tweeted. “On August 1st at midnight we will be shutting down the KKWBeauty.com site so that we can come back to you under a completely new brand with new formulas that are more modern, innovative, and packaged in an elevated and sustainable new look.”

Shortly after sharing the news, fans started speculating about whether or not Kim would rename the brand entirely after filing for divorce from Kanye West in February. “I think she is removing the W from the whole brand,” Twitter user @BemigishaSharon wrote. “No need to dance around with BS excuses,” @jjberg1 added. “Tell the truth…you’re dropping W.” Other fans wondered if KKW Fragrance would be impacted by the rebrand as well.

Despite the speculation, Kim didn’t address a potential name change in her announcement. Instead, she revealed her plans for making the brand and products better moving forward. “I’m excited to continue to develop and expand my product range and for you to finally be able to experience it the way that I have always envisioned,” she continued. The 40-year-old reality star added that her team is currently working toward streamlining the online shopping experience so that customers will be able to purchase her cosmetics from one single website.

Kardashian closed out her message by thanking fans for their unwavering support. “Thank you so much for being on this incredible journey with me, and I promise we won’t be gone for too long,” she wrote before signing the lengthy thread with her married name. According to TMZ, the company plans on switching to “new packaging, new formulas and, of course, a new brand identity.” As for the name change rumors, the outlet said that, as of now, the reality star’s name “has not changed.”

While it’s unclear at the moment what fans can expect from the KKW Beauty relaunch and rebrand, what is clear is that there’s never been a better time to stock up on all of your favorite KKW Beauty products. Kim’s signature contour kit, which usually sells at Ulta for $32, is currently half off, and her créme lipstick is on sale now for just $9. Not to mention, you can purchase the KUWTK star’s classic eyeshadow palette, which includes 10 neutral shades, for $22.50. Run, don’t walk to Ulta’s website, preferably before the products sell out and the brand shuts down its online operations.