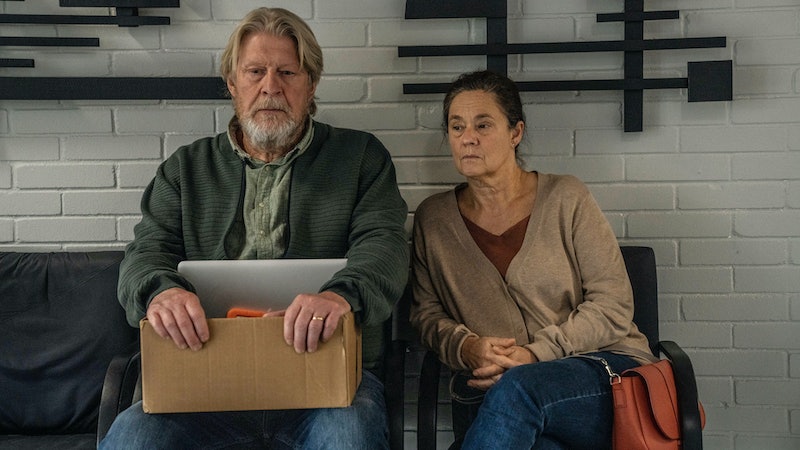 In 2017, the tragic story of the murder of Swedish journalist Kim Wall shook observers across the world. Her gruesome death is the focus of HBO's new true-crime mini series, The Investigation, which focuses on the police detectives and divers who worked over a six month period to unveil the truth about her case. The drama focuses on Kens Møller, Copenhagen Police's Head of Homicide, and Jakob Buch-Jepsen, who secured the conviction of Wall's murderer, Peter Madsen. Here's everything you need to know about the Kim Wall "submarine case," as it became known.

Who is Kim Wall?

By 2017, she was an established freelance journalist who often travelled to places like North Korea, Sri Lanka, and Haiti for work. She wrote for The New York Times, The Guardian, South China Morning Post, TIME, and many more. Her articles spanned a variety of topics, including internet culture in Cuba, fantasy wedding shoots, and Ugandans who survived under despot Idi Amin.

“What's so fantastic about the stories Kim writes is not that she writes about things no one has reported on, but her ability to give her subjects incredible humanity, to write their stories in a vivid and most of the time, a humorous way, and to put individuals' stories into a bigger social and historical context,” photographer Yan Cong told Buzzfeed.

Who is Peter Madsen?

At the time of her death in August 2017, Wall was 30 and working on a Wired piece about rival rocket makers Danish inventor Peter Madsen and Kristian von Bengtson. Per BBC, Madsen was a self-proclaimed "inventrepreneur" who made headlines for his out-of-the-box designs. He became famous in 2008 for designing his own crowd-funded submarine, the UC3 Nautilus. By 2017, his company, Rocket Madsen Space Lab, was working on a new rocket to rival the one built by Copenhagen Suborbitals, the company von Bengtson and him founded together before they had a falling out.

Madsen was lauded as a genius, but he was also known to be difficult. One worker at Madsen's company told Wired that Madsen was known for flying into rages if something displeased him. "Most people would know what was going to happen, so they would stay away from him before stuff started flying," the source told the magazine.

And as the New Yorker reported, Madsen loved using his submarine to seduce women, and was "a man sexually obsessed with snuff movies featuring the torture and murder of women."

What happened to Kim Wall?

Per Wired, Wall was in Refshaleøen for a few days visiting her partner, Ole Stobbe, while working on her article about the rival rocket makers. She wanted to interview Madsen for the piece, but he had proved difficult to get hold of. Suddenly, on Aug. 10, the night of her goodbye party, Madsen invited her for tea at his workshop. After meeting up with him, Madsen offered to take her out on the UC3 Nautilus. Stobbe was going to accompany her, but he had to entertain all the guests at the party. Wall promised to be back in a few hours.

Wall boarded the submarine at around 7 p.m. and texted Stobbe a picture of the submarine. As the sun was setting, Stobbe even saw Wall on the submarine, waving in the distance, but hours later he had not heard anything from her. She then failed to return when he waited by the pier. Around 1:45 a.m. he called the police and then the Navy and reported Wall as missing.

At 10:30 a.m. the next day the Nautilus was spotted near a lighthouse in Køge Bay, where it sank. Madsen was later pulled to safety by fishermen, and was taken to a port to meet with reporters. He claimed the submarine had a defective ballast tank and had to be abandoned. Wall was nowhere to be found, but he said that he had dropped her off on the tip of the island. The police did not believe him, and around 5 p.m. that same day they arrested him “for having killed in an unknown way and in an unknown place Kim Isabel Fredrika Wall of Sweden." He appeared in court the next day and continued to change his story, claiming she was accidentally killed on the boat and he panicked.

On Aug. 21, a cyclist spotted a torso in the water, and DNA analysis confirmed it was Wall; the rest of her remains were found weeks later in weighted bags. On Sept. 5, a court upgraded the charge against Madsen to manslaughter.

Yes. Madsen's trial began on March 8, 2018 and lasted until April 25 at Copenhagen City Court. He was charged with murder, indecent handling of a corpse (due to the dismemberment), and sexual assault.

Per The New Yorker, during the trial, the prosecution detailed how Madsen was upset that he had to abort the launch of his new rocket due to cash flow problems. A documentarian who met with Madsen right before Wall described him as having "a strange energy." Evidence later showed that Madsen had searched up snuff and execution videos the night before. The prosecution suggested Madsen took out his anger over his failed rocket on Wall, and accused him of binding, hitting, and stabbing Wall before he killed her.

On April 25, Madsen was found guilty of all charges, and sentenced to life in prison. A psychiatric evaluation deemed him a narcissistic psychopath who lacked empathy.

Is Peter Madsen Still In Prison?

Madsen is serving a life sentence at a jail in Copenhagen, and his appeal against the life term was turned down on Sept. 26, 2018. On Oct. 20, 2020 he actually managed to briefly escape prison when he used a female psychologist as a hostage and forced his way out using objects that looked like a gun and an explosive bomb belt. He was arrested again about half a mile from the prison about five minutes after police were called, per NBC News. No employees were injured during the escape, and Madsen was charged with attempted escape from prison.

Madsen has publicly maintained his innocence, but per Newsweek, in a 2020 documentary he can be heard admitting to his crimes: "there is only one who is guilty, and that is me."