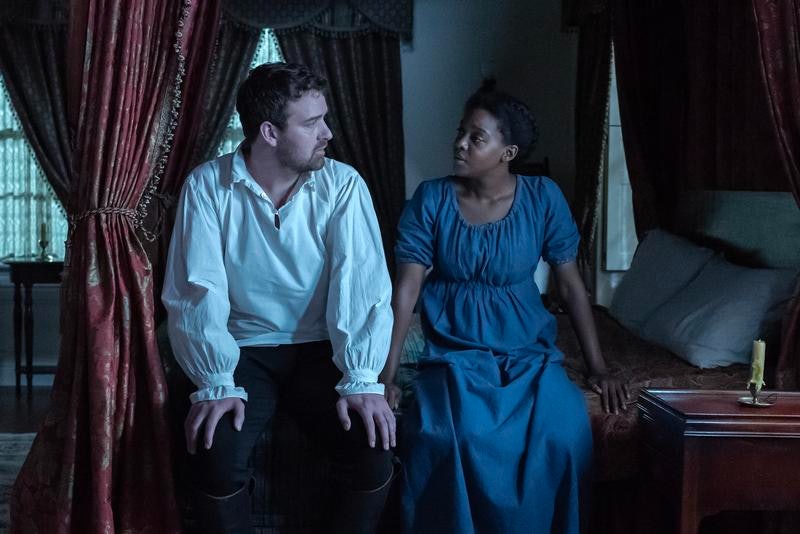 Though FX’s Kindred spends a lot of time in the past, series creator and showrunner Branden Jacobs-Jenkins is looking to the future. The eight-episode streaming series, which Hulu debuted in its entirety on Dec. 13, is adapted from Octavia E. Butler’s sci-fi novel of the same name and centers on a young Black woman and aspiring writer named Dana James (Mallori Johnson), who has uprooted her life and relocated to Los Angeles. Before she can even settle into her new home, Dana is violently pulled back and forth between present-day California and a 19th-century plantation linked to her family’s history.

In addition to leaving several unanswered questions, the first season ends on a cliffhanger for a reason: Though FX has yet to renew Kindred for Season 2, Jacobs-Jenkins is already plotting out the narrative well past a second installment. “In this first season, we cover only about a third of the material of the book,” the writer recently explained on The Hollywood Reporter’s TV’s Top 5 podcast. “And I think part of the attack on the book is to see if we can kind of expand the universe and occupy these rooms that are quite small in the book.”

Even if he strictly stuck to the source material for potential future seasons, Jacobs-Jenkins says Butler’s book “could yield you about three to four seasons” alone. “But I think we’re working really hard to kind of lay in some kind of engine that actually might take us beyond that and put some kind of pressure on what’s there,” he added. “That’s the dream.”

While you wait to find out if that dream comes true, here’s everything to know about a potential Kindred Season 2.

Who Is In The Kindred Season 2 Cast?

What Is The Kindred Season 2 Plot?

During his THR interview, Jacobs-Jenkins added that while developing the series, he read Butler’s personal papers and old drafts, noting that the author felt she “never cracked” Kindred. “I was like, well, it would be nice to kind of think about what she felt she didn’t crack about it. Could we do that reparative work in series now that we have a bigger canvas?”

Because the first season closes about the same time the book’s third chapter, “The Fall,” ends, Season 2 would likely focus on Chapter 4, “The Fight,” based on the showrunner’s comments about wanting to split the book into three or four parts. In that portion of the book, Dana left Kevin behind in 1815 for eight days in the modern world, five years already passed in his timeline when she returns to the plantation.

After Rufus lies to Dana about writing to Kevin, who’s left Maryland and gone north, about her return to the plantation, she sets out to find him. She’s unsuccessful and beaten into submission. However, Rufus’ father does what his son didn’t and dispatches Kevin to the plantation to meet Dana. After he eventually arrives, their time apart seems to have altered their relationship (they’re married in the literary version), as the comfortable safety of Kevin’s white privilege upends their dynamic. Regardless, he attempts to take his wife with him and away from the plantation, but Rufus threatens the couple at gunpoint. Once Kevin and Dana’s lives are in imminent danger, they’re both returned to modern-day Los Angeles.

What Is The Kindred Season 2 Potential Premiere Date?

After FX picked up Kindred as a pilot in March 2021, they gave the series an eight-episode order in January 2022. “The pilot directed by Janicza Bravo is brilliant and we can’t wait to resume production with this incredibly talented and dedicated cast,” FX president Nick Grad said in a statement to Variety at the time. The filming process was well underway in June 2022, ahead of the December premiere. Given that production schedule, fans could reasonably expect a second installment in late 2023, pending if and when the series is renewed.

This post will be updated as more Kindred Season 2 details become available.

More like this
Wait, Is Barney Stinson Related To Sophie On 'HIMYF'?
By Gretchen Smail
Netflix Shut Down 'Bridgerton' S3 Rumours About A “Very Dark” Storyline
By Bustle
'The Crown' Season 6 Has Suspended Filming "Out Of Respect" For The Queen's Death
By Bustle Staff
Everything To Know About The 'Daisy Jones & The Six' TV Series
By Maxine Harrison and Brad Witter
Get Even More From Bustle — Sign Up For The Newsletter
From hair trends to relationship advice, our daily newsletter has everything you need to sound like a person who’s on TikTok, even if you aren’t.