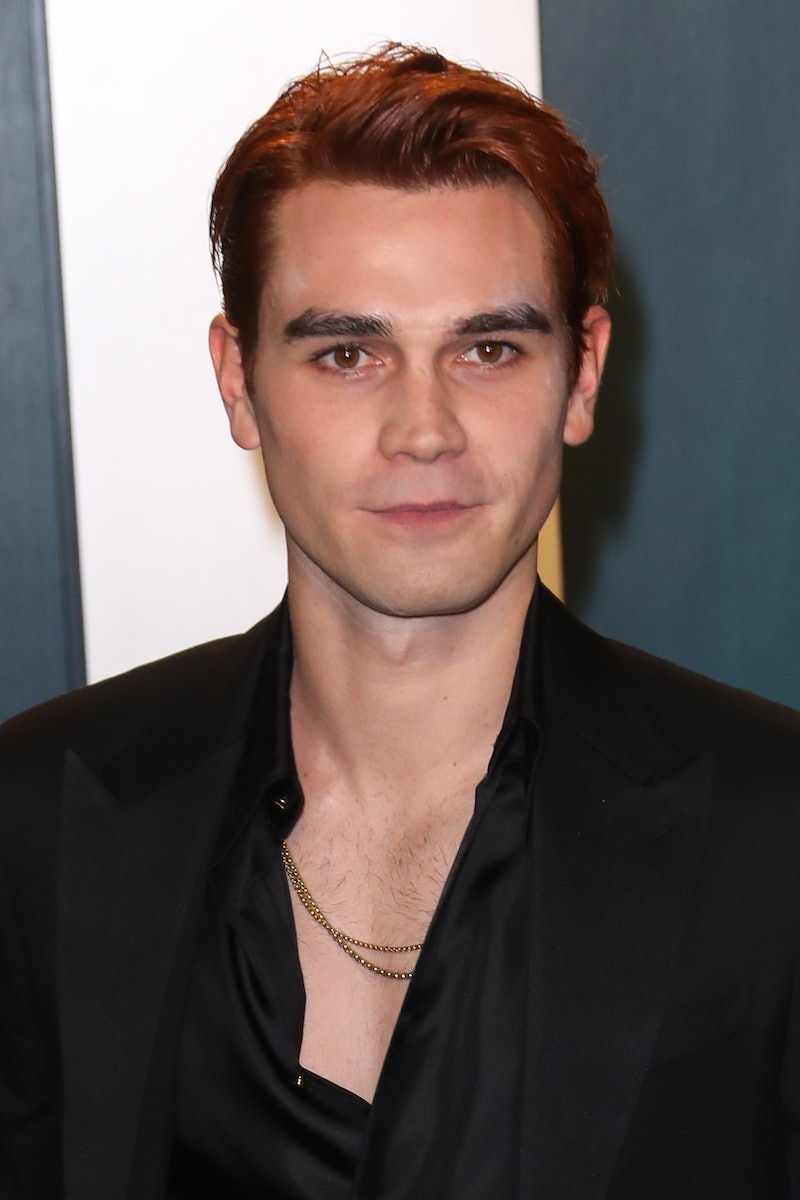 A new Riverdale baby has arrived. KJ Apa’s girlfriend, Clara Berry, announced the birth of their son, Sasha Vai Keneti Apa, on Saturday, Sept. 26. Their little one was born three days prior, on Sept. 23, and his mom described him as “pure perfection” in an Instagram post. The model also shared the first photo of Sasha — or at least part of him. Only his little hands and arms are in the frame, along with one of her hands.

Berry showed just how moved she is by their new arrival. “I am the luckiest to have now two men of my life, filling my heart with this cosmic gigantic vast love,” the new mom wrote in her caption, also including a heart emoji and a fire emoji.

The couple’s big announcement was met with an outpouring of love and support from Apa’s Riverdale co-stars, too. Madelaine Petsch replied, “Congrats mama!!!!” and Lili Reinhart added, “Can’t wait to meet him … congratulations,” adding four heart emojis and a heart-eyes emoji. Cami Mendes commended them on a “beautiful name” and sent her “congrats” as well. Meanwhile, Vanessa Morgan was equally thrilled, calling the baby “River’s new bestie!!” in reference to her own son, who was born in January.

Apa and Berry have been dating since around January 2020. The model celebrated an “unreal” year with him in a Jan. 2, 2021 Instagram post that made it apparent they were serious. “I love you unconditionally, without control and with all my heart,” she wrote in part in her caption. Prior to that, they’d dropped some other clear hints, like when Apa shared photos of a naked Berry on his Instagram in August 2020 and she tagged him in corresponding posts, including one captioned, “The look of my soul.”

The couple also documented Berry’s pregnancy on Instagram. In May, her love posted a photo of them lounging on a couch together with one surprise addition: her baby bump. That same day, the model showed it off in a post of her own, and then continued doing so in the months following. She shared her final pregnancy photo a little over a month before Sasha was born, and in it, she and Apa looked adorably in love as they stood at an overlook with their arms around each other.

With their family expanding to three, they’ve got a lot of sleepless nights and excitement ahead, especially as first-time parents. Luckily, both Apa and Berry seem overjoyed to be taking this journey together, and it looks like they have a lot of support from their loved ones. Hopefully they’ll continue to share their experiences, including more photos of Sasha and their dogs.

More like this
Adam Levine & Behati Prinsloo Welcome Their Third Child Together
By Jake Viswanath
Ashton Kutcher Wants Danny Masterson “To Be Found Innocent” In Rape Retrial
By Jake Viswanath
Michael B. Jordan Tackled His "Public Breakup" With Lori Harvey On 'SNL'
By Brad Witter
Here’s Everything Coming To & Leaving Netflix In February
By Jake Viswanath
Get Even More From Bustle — Sign Up For The Newsletter
From hair trends to relationship advice, our daily newsletter has everything you need to sound like a person who’s on TikTok, even if you aren’t.