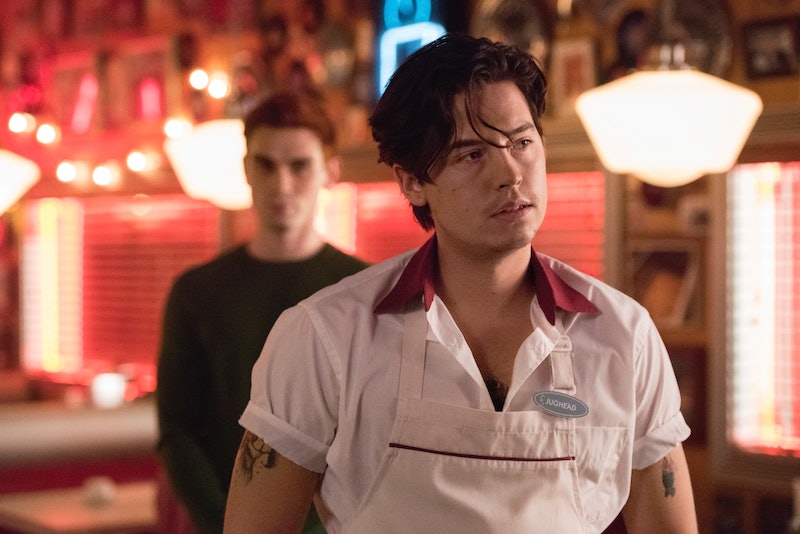 After what is sure to be an absolutely bonkers spring finale, Riverdale Season 5 won’t return until July 7, according to the 2021 CW schedule. It was a pre-planned break, giving the new CW series Kung Fu a chance to air in the coveted Riverdale time slot beginning April 7. That series stars Olivia Liang as Nicky Shen, a young woman who uses her newfound martial arts skills to keep her community safe.

According to Riverdale writer Ted Sullivan, Season 5 will be made up of 19 total episodes, so the next nine will air when the show returns this summer. The more-than-three-month hiatus is the longest the show has ever taken in the middle of the season. Previous seasons took a few weeks off between December and January for the holidays and then again between March and April, with the season wrapping up in May. However, Season 5 was delayed because of the COVID-19 pandemic and didn’t even start airing until January, so it’s taking both its winter and spring breaks consecutively.

If the rest of the nine episodes air uninterrupted this summer, the earliest Season 5 will wrap is the beginning of September. The good news is that if The CW plans to return Riverdale Season 6 to its usual October premiere slot, there may only be about a month between the end of Season 5 and the beginning of Season 6. We’re doing a long wait now in hopes that the gap between seasons will be much shorter.

Fortunately, some of the best of Season 5 is still to come. Sullivan tweeted that the midseason finale is “a helluva episode.” We’d expect nothing less, since whatever cliffhangers it sets up will have to tide fans over for three months. Perhaps viewers will get some new clues about the Mothman, the Trash Bag Killer, the Lonely Highway truckers, and how they could connect, as some theories have suggested. Fans need just enough hints to allow them to keep theorizing during the hiatus. And then there’s the regular drama that still needs a conclusion — what with the various romances, Archie trying to restart the Riverdale football team, and the battle to keep Riverdale running despite Hiram Lodge’s attempts to wipe it off the map.

When the series returns, Sullivan teased that the upcoming Episode 12 is his favorite of the season thus far. “No one will guess why,” he tweeted. “It’s a break-the-mold episode. You’ll understand when you see it. It’s inspired by two of my favorite movies. And no — it’s not a Barchie/Varchie/Choni/Bughead ep. But it does a deep dive into the legacy of the show and motivation for the entire series.”

It’s definitely going to be tough for fans to go without Riverdale for so many months in a row, but when Archie, Veronica, Betty, Jughead, and co. return, we may finally get some answers about this season’s biggest mysteries. Until then, fans will just be theorizing away about what’s still to come.