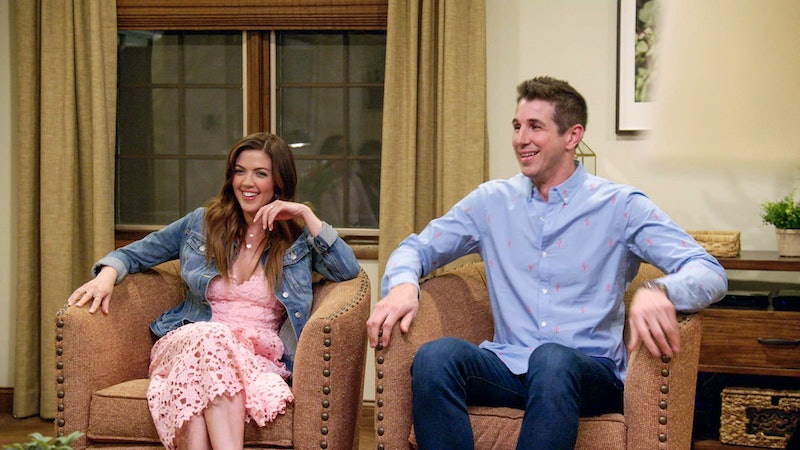 In the final episode of Labor of Love, Kristy Katzmann picked Kyle Klinger to be her partner in love and parenthood. But shortly after the show ended, Kristy and Kyle broke up, according to People magazine. It's not that the two didn't try to make things work. People reported that Kristy even moved to Austin, Texas, to be with Kyle. But after a handful of months together, "It just kind of became clear that we just weren't compatible," she said. Kristy said the two of them didn't spend enough time together during filming to form that relationship foundation. "I did have a lot of questions about Kyle still [when I picked him]," Kristy admitted.

In an Instagram video, Kyle explained the breakup from his point of view. "Coming off the show, there was just so much more involved in terms of insecurities of like, 'Do you like me for me or do you like me for the show?'" Kyle said. He said that he and Kristy don't really talk anymore, but that he still has "a ton of love for her." He also still has a ton of love for runner up Stewart Gill, and the two remain close friends despite having competed for the same woman on the show. "Everyone loves a good bromance," Kyle recently captioned a photo of the two of them.

Labor of Love taped in early 2019, giving Kristy and Kyle about a year to move on from their breakup. Late last year, Kyle got a new job as a construction project manager, and he doesn't appear to be dating anyone, though he has been doing a lot of puzzles since quarantine hit.

As for Kristy, she wrote on Instagram that she's currently single and has taken the last year to grieve her relationship and forge ahead on the path to motherhood. While preparing to move back to Chicago, she's also been undergoing in vitro fertilization treatments, according to People. Though the coronavirus pandemic halted her second IVF cycle, she's looking forward to resuming them soon. Kyle said in his Instagram video that he supports Kristy's decision to be a single mother. "I'm a huge fan of what Kristy's doing right now. She's going to do it her way," he said. "I'm 100% on her side. It's not easy. She's strong and she's doing it."

Kyle and Kristy may not have worked out as parents together, but Kristy's journey to motherhood is only just beginning.