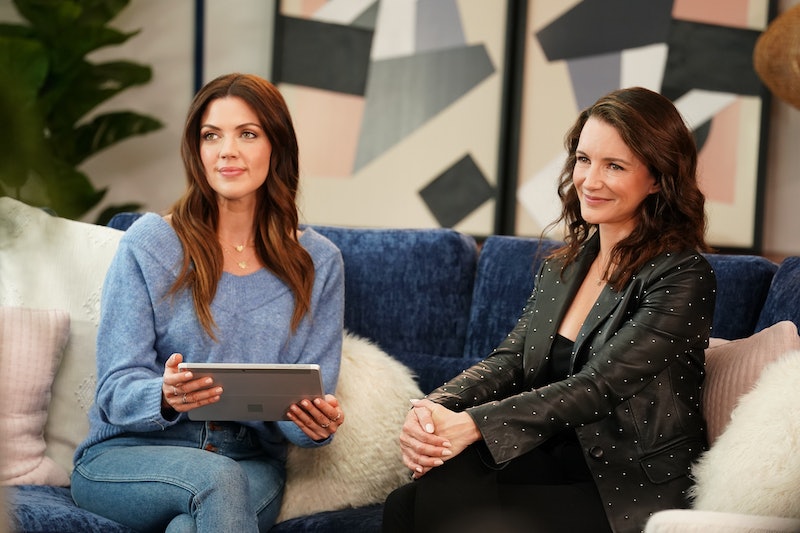 As they say on the new Fox reality dating show Labor of Love and literally nowhere else, “Love is optional, labor is mandatory.” The series, hosted by Sex and the City star Kristin Davis, attempts to match 41-year-old Bachelor alum Kristy Katzmann with a man ready to be her baby daddy. Love would be great, too, obviously, as a bonus. It’s a race between the 15 budding fathers-to-be but also, Katzmann fears aloud, a race against her biological clock. For the guys, the prize isn’t a splashy wedding with the woman of your dreams, but the chance to impregnate her. And, yes, Katzmann knows the contestants' respective sperm counts. This year we’ve watched people fall in love without seeing each other (Netflix’s Love Is Blind) and fall in love without touching each other (Netflix’s Too Hot To Handle), but is a show about bypassing falling love in favor of making a family fertile enough to produce a second season?

The answer is probably not. Ratings for Labor of Love have been pretty dismal, with viewership hovering around a million people. For context, that’s about a sixth of what the Bachelor drew in during Pilot Pete’s most recent season and only a tenth of what Bachelor Brad Womack drew back in 2007, when Kristy Katzmann made it all the way to his final five. Fox hasn’t made any official cancellation announcement regarding Labor of Love, and with the coronavirus shutting down most major television productions, there’s little pressure to make a move either way.

The good news is that for fans of reality dating shows, now is a very lucky moment to be alive. Seasons of The Bachelor and The Bachelorette are streaming on Hulu, Netflix, and HBO Max. And if you’re all caught up on the American offerings, HBO Max is carrying Bachelor seasons from Australia, Canada, New Zealand, and the UK.

And for the Bachelor Nation completist who's already seen it all, there’s still a glimmer of hope. As of the end of June, Clare Crawley’s season of the Bachelorette is set to resume filming this month at an isolated resort in Southern California. It’s set to air Tuesday this fall.

More like this
Love Is Blind’s Natalie Claims Shayne Signed Up For 'Perfect Match' While They Were “Still Together”
By Brad Witter
Zach Swears He Didn’t Look Up Contestants Before The Bachelor Began Filming
By Brad Witter
All The Clues Clint & Gina Aren’t Still Together After 'MAFS' Season 16
By Brad Witter
Mack & Domynique Reportedly Had An "Epic" Breakup On 'Married At First Sight'
By Brad Witter
Get Even More From Bustle — Sign Up For The Newsletter
From hair trends to relationship advice, our daily newsletter has everything you need to sound like a person who’s on TikTok, even if you aren’t.