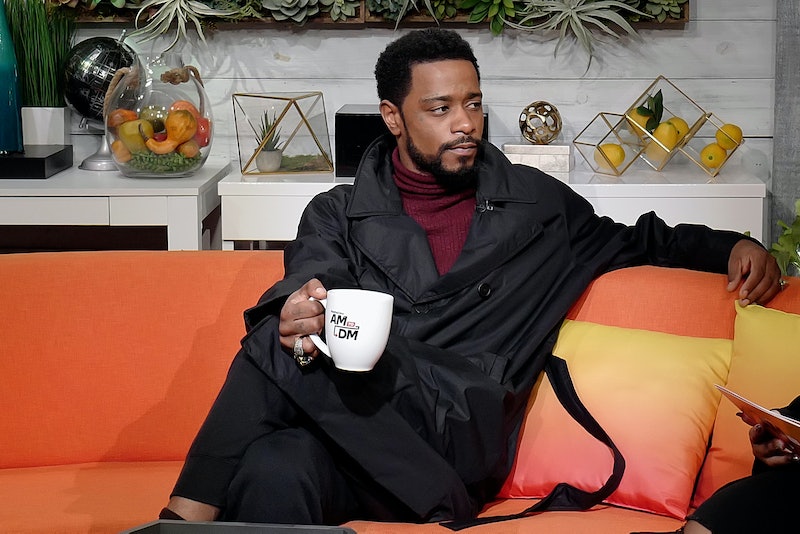 The Oscars wouldn’t be the Oscars if they didn’t make some questionable decisions. LaKeith Stanfield is confused about his Oscar nomination just like everyone else — but not because he didn’t deserve it. Stanfield has received praise from critics and viewers for his performance as William O’Neal (a.k.a. Judas) in Judas and the Black Messiah, and Warner Bros. even campaigned for him in the lead actor categories during awards season. However, the Oscars nominated him for Best Supporting Actor alongside co-star Daniel Kaluuya (the Black Messiah), leading everyone to wonder: Who is the lead of that movie then?

As nominations were being announced on Monday, March 15, Stanfield initially expressed pure joy after receiving his first Academy Award nod. “I’m nominated for an Oscar,” he wrote in a since-deleted Instagram post. “First time an actor with a face tattoo was nominated lmaooo.” However, he also had some mixed feelings about the nomination, as reported by BuzzFeed: “I’m confused too but f*ck it lmao,” he wrote in a separate post that has also been deleted.

As it turns out, the Academy of Motion Picture Arts & Sciences can choose which category an actor belongs in, no matter how the film studio campaigns them. While voters largely tend to adhere to studios’ preferences when it comes to lead and supporting placements, nominating Stanfield in Best Supporting Actor, despite playing the film’s protagonist, shows that they can flip without explanation.

While viewers will likely never know why Stanfield was nominated in Supporting Actor instead, Variety speculated that voters in the actors’ branch of the Academy (who decide noms in those categories) saw Judas as an ensemble film like fellow Best Picture nominee The Trial of the Chicago 7. As a result, some likely voted for Stanfield and Kaluuya in the lead actor category, while others went for supporting, resulting in an unclear consensus. However, both actors landing in Supporting Actor indicates that they both received more votes there.

Of course, this is not the first time that the Academy has made some weird calls on where to place actors who are in the running to be nominated. Most recently, in 2009, Kate Winslet received Best Supporting Actress nods at the Golden Globes and SAG Awards for The Reader, before the Academy nominated her for Best Actress, which she went on to win. However, this marks the first time the Oscars have bumped an actor campaigned for lead to the supporting categories. The Oscars are gonna Oscar.

More like this
How Andrea Riseborough Got Nominated — & Almost Disqualified For An Oscar
By Jake Viswanath
12 Years Ago, Austin Butler Manifested His Oscar Nom In This Disney Movie Scene
By Jake Viswanath
Twitter Is Overjoyed By Angela Bassett’s Record-Making Oscar Nomination
By Maxine Harrison
Paul Mescal’s Family Celebrated His Oscar Nomination In The Sweetest Way
By El Hunt
Get Even More From Bustle — Sign Up For The Newsletter
From hair trends to relationship advice, our daily newsletter has everything you need to sound like a person who’s on TikTok, even if you aren’t.