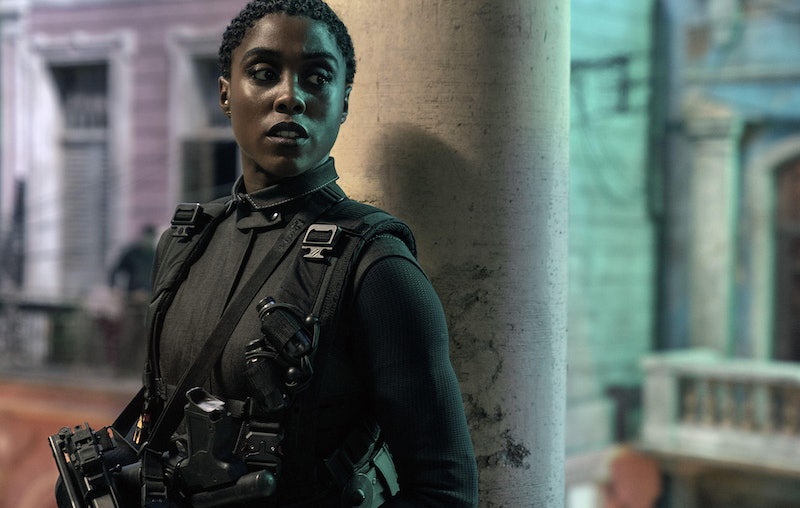 No Time to Die star Lashana Lynch has opened up about the backlash she received after being cast in the 25th James Bond film.

In a conversation with Harpers Bazaar, the actor revealed she experienced a wave of abuse in April last year when news of her historical role as the first Black female 007 leaked online. As a result, Lynch had to delete social media for a week, instead focusing on meditation and surrounding herself with family, the actor explained.

"I am one Black woman — if it were another Black woman cast in the role, it would have been the same conversation, she would have got the same attacks, the same abuse," she told the publication. "I just have to remind myself that the conversation is happening and that I’m a part of something that will be very, very revolutionary."

In November 2019, Lynch said something similar to The Hollywood Reporter when asked about the Twitter trolling she experienced. "It doesn't dishearten me. It makes me feel quite sad for some people because their opinions, they're not even from a mean place — they're actually from a sad place. It's not about me. People are reacting to an idea, which has nothing to do with my life."

She revealed to The Hollywood Reporter that occasionally she has messaged trolls back with a nice message. "Then they've been like, 'Oh my gosh, thank you so much!' But it's an interesting test because it reminds them that they definitely wouldn't say that to someone's face," the actor said.

In No Time to Die, Lynch stars as Nomi, a secret agent who takes over the 007 title while Bond is in exile. Speaking further about her groundbreaking character to Harpers Bazaar, Lynch said she wanted to ensure Black audiences would connect with Nomi.

"A character that is too slick, a cast-iron figure? That’s completely against what I stand for." She continued: "I didn’t want to waste an opportunity when it came to what Nomi might represent. I searched for at least one moment in the script where Black audience members would nod their heads, tutting at the reality but glad to see their real-life represented. In every project I am part of, no matter the budget or genre, the Black experience that I’m presenting needs to be 100% authentic."

Lynch will star alongside Daniel Craig, Lea Seydoux, Ben Whishaw, Ana de Armas, and Academy Award-winner Rami Malek in the upcoming release, which was scheduled to arrive in cinemas in November 2020 after being postponed in March due to the coronavirus pandemic. However, the premiere of No Time to Die has been delayed again and the franchise's 25th instalment is now expected to be released on April 2, 2021.

A statement on the film's official website explained the decision to postpone for a second time was made to ensure No Time to Die is enjoyed "by a worldwide theatrical audience."