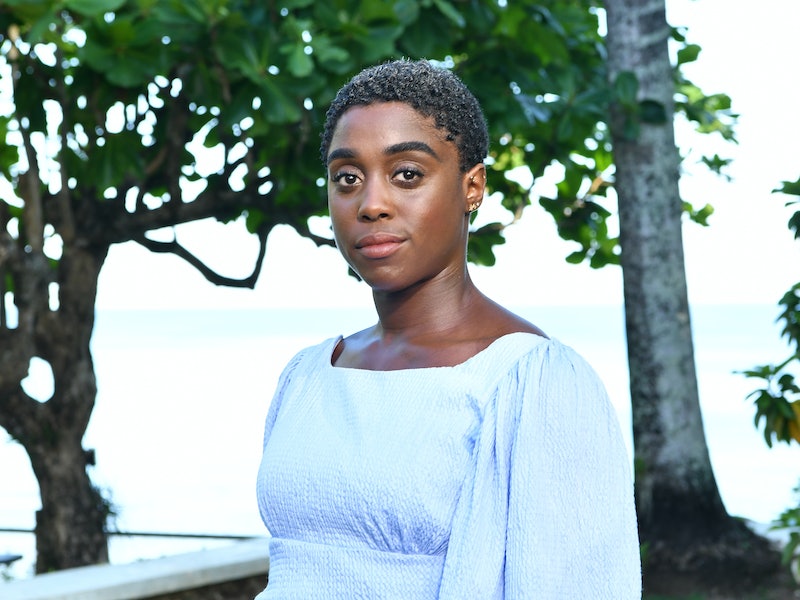 There's big news in the James Bond universe. Captain Marvel actor Lashana Lynch will reportedly play 007 in Bond 25, and her casting marks a major milestone for the franchise, as per The Independent. Lynch will reportedly be introduced in the film as a the new special agent 007, and her character will be responsible for tracking down James Bond, played by Daniel Craig, to pull him out of retirement. Craig will continue to star as the iconic character in the film, but for the first time, a woman will be replacing the agent in his 007 role with MI6.

Lynch's new character will reportedly appear in a "pivotal" scene marking the long overdue milestone of the 007 moniker being taken up by a black woman for the first time since the franchise launched in 1962, as per Jezebel. Fans may recognize Lynch from her breakout role as pilot Maria Rambeau in Captain Marvel. Little is known about her involvement in Bond 25 just yet, other than a few reported plot points. Per The Independent, her 007 character will reportedly travel to Jamaica to locate the retired Bond, and bring him back to the spy life.

On July 5, Lynch hinted at her Bond casting in an Instagram post. The star shared a selfie from set, captioning the photo "Kiss from #Bond25." Lynch's introduction in the Bond 25 film will reportedly be "popcorn dropping", as per The Daily Mail, but it's unclear how much screen time the actor will get after the big reveal. Fans will have to wait to find out if the star will work with Bond and MI6 for the whole film, or if the title of 007 will be permanently handed off to Lynch for future films.

Lynch's casting as 007 is just the latest exciting announcement for Bond25. In April, Fleabag and Killing Eve writer Phoebe Waller-Bridge was brought on to polish the Bond 25 script by Craig, as per Variety. The longtime Bond star reportedly brought the writer on board to bring more humor to the screenplay. Director Cary Fukunaga, whose past work includes True Detective, Maniac, and Jane Eyre, is signed onto the project as well, according to Variety.

Waller-Bridge's involvement in the project was groundbreaking for the franchise as well — no woman has been credited on a Bond screenplay since Johanna Harwood reworked the original Bond film Dr. No and the sequel From Russia With Love in 1963, as per Variety. Waller-Bridge argued for Bond's continued relevance in the contemporary age. In May, the writer told Deadline,

"There's been a lot of talk about whether or not Bond is relevant now because of who he is and the way he treats women. I think that's bullsh*t I think he's absolutely relevant now. The franchise has just got to grow. It has just got to evolve, and the important thing is that the film treats the women properly. He doesn't have to. He needs to be true to his character."

According to the publication, viewers are likely to find Waller-Bridge and Lynch welcome additions to the Bond franchise. "Lashana is absolutely brilliant and Phoebe's script is as sharp and funny as you would expect," the source reportedly told The Daily Mail. "This Bond pays tribute to some of the earlier films with a lot of humour."

Bond 25 will premiere in April of 2020, and fans of the franchise will have to wait until then to learn more about the reported new 007. Lynch's role could be a landmark moment for an evolving film franchise, and fans can look forward to the star giving the movie some overdue new energy.