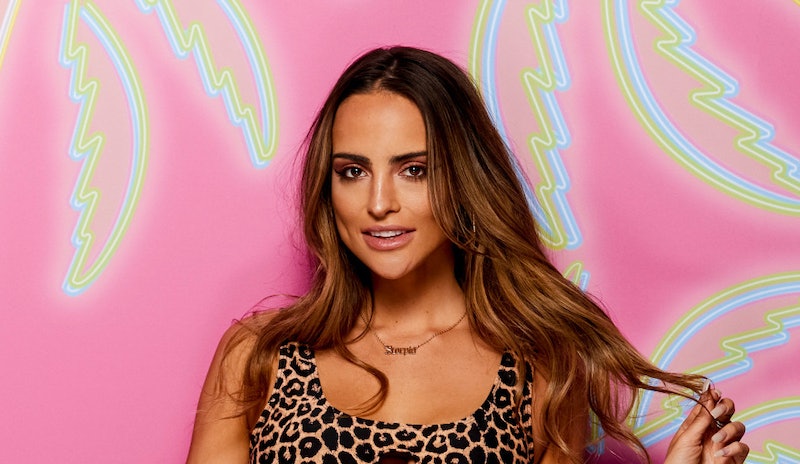 Just when the cast started settling into their couples on Love Island, Lauren Coogan came along to shake things up. She has her eye on a few of the already-coupled up guys, and the other contestants are worried she could be trouble. As Trey put it, she really changes "the whole vibe of the villa."

Lauren's probably not surprised that she's making waves, because she said in her intro video that "The men should know that I'm gonna be up front" and she has a feeling she'll "make them a little nervous." Check and check. As for who Lauren is looking to couple up with, she's basically trying to take a page out of Mackenzie's book of dating only millionaires. Lauren said in her intro video that she likes her men "young, dumb, rich, and stupid" and added she hasn't been in a relationship for three and a half years. Although that math doesn't totally up: she posted a photo her most recent boyfriend, Belgian model and musician Eness, on Instagram in March 2018, which would mean she's been single for about two and a half years, not three.

Lauren dated Eness for roughly three years, beginning in 2015. After the two broke up, she spent time traveling around places like New York, Florida, London, and hanging out with another musician, JHart.

Her CBS bio lists her as being a "family assistant" but her photoshoot-filled Instagram suggests she's an aspiring model — not to mention the fact that she has a Model Mayhem profile. Maybe she'll leave the villa with a new boyfriend and a bit of a career boost.