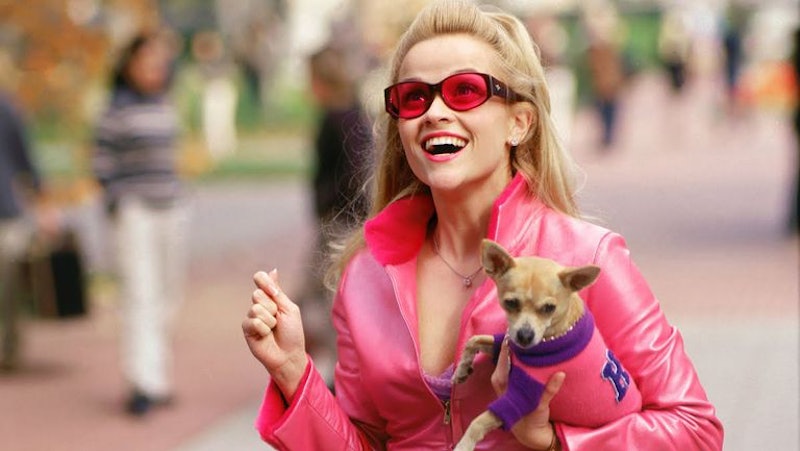 Legally Blonde fans, it's time to start practicing the Bend and Snap. Two years after confirming that another sequel is in the works, MGM Studios has officially announced Legally Blonde 3’s theatrical release date. The film will hit theaters in May 2022.

“Elle Woods is back,” the studio tweeted on Tuesday, Oct. 20 alongside a gif of the iconic character — played by Reese Witherspoon nearly 20 years ago — strutting through the Harvard campus. “Legally Blonde 3 coming May 2022. We rest our case.”

The third film, a follow-up to the beloved 2001 film and its 2003 sequel Legally Blonde 2: Red, White & Blonde, will see Witherspoon reprise her role as Elle Woods, a former sorority queen turned lawyer at Harvard Law. An official plot hasn’t been released yet, but the script will be penned by Mindy Kaling and Dan Goor.

Witherspoon reflected on the impact of the film before introducing her former castmates. “Of all the movies that I’ve made, there is one that comes up more than any other, and that is Legally Blonde,” Witherspoon said. “I think it’s because of Elle Woods. I think she just inspired people to believe in themselves… she’s inspired me to really keep an open mind and always be an advocate for myself and for other people in this world, and I think her spirit is something we could all use a little bit more of right now.”

The co-stars then reminisced about their time on the film, spilling some behind-the-scenes tidbits. According to the actors, for example, Elle’s famed Bend and Snap scene was initially a musical sequence. Coolidge quipped that the cast “filmed that for a month,” with Witherspoon explaining, “It was just so fun [but] it just felt odd because it was one musical sequence.”

Perhaps a musical sequence will find new life in the third film? When asked to fill in the blank for “Legally Blonde 3 will be…” in an interview with The Hollywood Reporter last year, Witherspoon teased that the third installment will be “so much fun, so full of fashion,” and “so full of awesome feminist ideas.”